The lead track has a fusion groove, mixing EDM with other trendy music genres. The song is another collaboration between the five-piece girl band and Galactika, the music production team that produced the band's breakout 2019 debut single "Dalla Dalla."

"The title song, 'Wannabe,' is a track that best represents the overall color of the new album, with a message that, 'I wanna be me and I am valuable in my own right,'" member Yeji said in a written Q&A released to the media ahead of the album's release set for Monday evening. 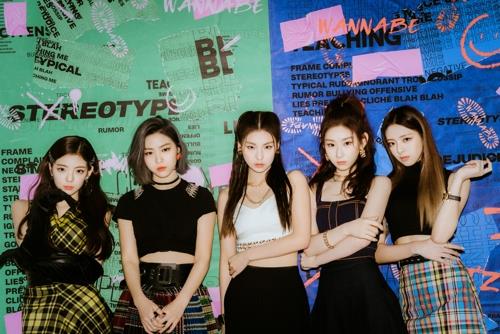 The song was inspired by the band's conversation with the production team at the time of the recording of "Dalla Dalla."

"The lyricist asked us, 'What kind of artists would you wanna be?' We responded that, 'We just wanna be ourselves,' and the lyricist was impressed by that," Yeji said.

ITZY's response turned into an addictive refrain -- "I wanna be me, me, me" -- for the lead track of the new album.

ITZY debuted in February last year with "Dalla Dalla" and made a smashing hit out of the debut single, winning a handful of "Rookie of the Year" awards for 2019.

The band made another breakout hit last summer with the single "ICY."

The new single, "Wannabe," will be the most powerful of the band's songs in terms of stage performance, according to member Ryujin.

"We wanted to make the performance of the new song in a way that makes people forget the passage of time while watching it," she said.

The new album, set to hit major online music stores at 6 p.m. on Monday, has seven tracks, including "Ting Ting Ting with Oliver Heldens," That's a No No," "Nobody like You" and "24HRS."

ITZY will showcase two of the new album's tracks -- "Wannabe" and "24HRS" -- in a live broadcast show on Naver's V Live at 8 p.m. on Monday, without an on-site showcase event due to ongoing coronavirus outbreaks. 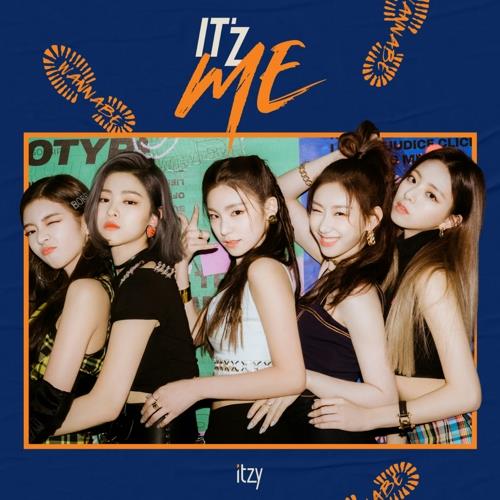