SEOUL, March 9 (Yonhap) -- The number of passengers using Incheon International Airport, west of Seoul, fell to the lowest level ever on Monday due to coronavirus concerns, its operator said.

It is lower than the previous record low of 26,773, registered on May 20, 2003, when international travel was hit by Severe Acute Respiratory Syndrome (SARS).

The decline came as South Korea and Japan began to enforce tougher travel restrictions on each other on the day.

Based on reservation data, the airport operator estimated 318 people will travel on the day between the two countries via the airport. It is only 0.86 percent of the 2018 average, and the actual number is expected to be lower. 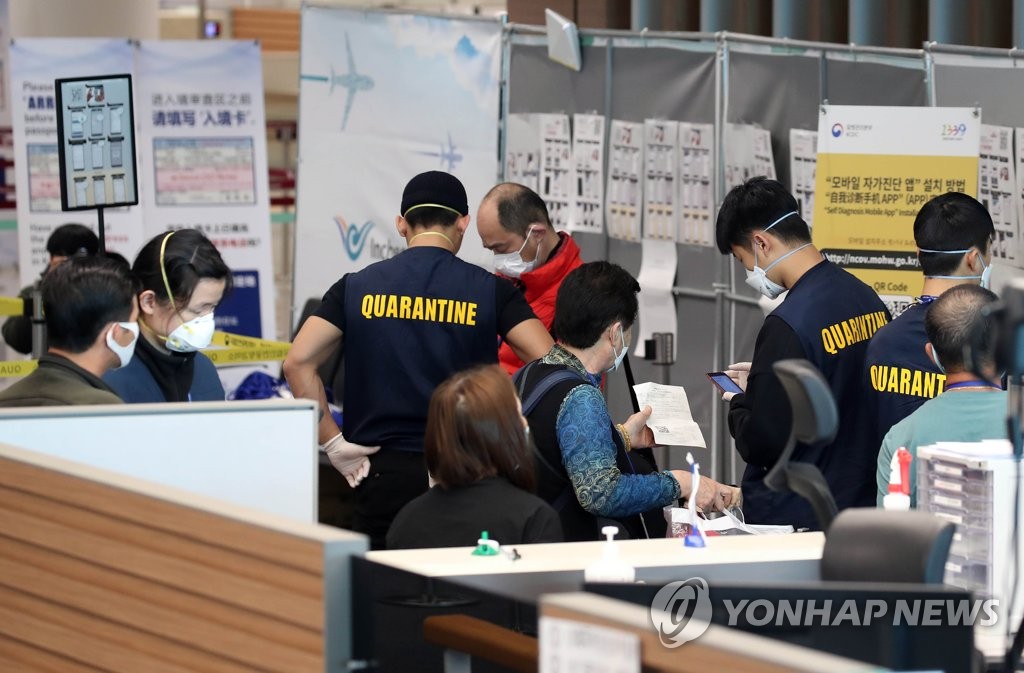 No. of Incheon airport passengers falls to lowest amid virus concerns

No. of Incheon airport passengers falls to lowest amid virus concerns