SEOUL, March 10 (Yonhap) -- Many nations around the globe and major pharmaceutical companies are ramping up efforts to develop a vaccine and treatment drugs for the new coronavirus, and any tangible results may come out later this year or early next year, said the head of an international organization devoted exclusively to vaccine research and development for poor populations in developing countries.

Jerome Kim, head of the Seoul-based International Vaccine Institute (IVI), said it normally takes years to come up with treatment for a virus, but the COVID-19 outbreak is an emergency that requires swift response.

"If everything goes well, results (for all drugs) may appear in quarter four or maybe sooner," the IVI director general said in an interview with Yonhap News Agency.

Since its first outbreak in the Chinese city of Wuhan, the epicenter of the virus outbreak, late last year, some 113,000 people in the United States, Japan and over 100 countries have contracted the potentially fatal illness, with the total death toll exceeding 3,900.

South Korea has reported more than 7,500 virus cases since its first virus outbreak report on Jan. 20, with 54 virus patients dying from the illness.

In past few days, new virus infections have slowed down in a sign of possible containment, although sporadic mass infection cases are still on the rise.

IVI is the world's only international organization devoted exclusively to developing and introducing new and improved vaccines to protect the world's poorest people, especially children and operates under a treaty signed with countries and the World Health Organization (WHO).

Despite strenuous and concerted efforts to develop a vaccine and cures for the novel coronavirus, there are neither viable and verified medications or vaccines at the movement.

There are currently four candidate drugs for the novel coronavirus, along with those being tested internally in China. The four are Remdesivir, used on Ebola; Umifenovir, an anti-flu drug made in Russia; Camostat, a virus interference drug developed in Japan; and Kaletra, made by AbbVie, which is used for human immunodeficiency virus and has already been employed in South Korea on coronavirus patients. 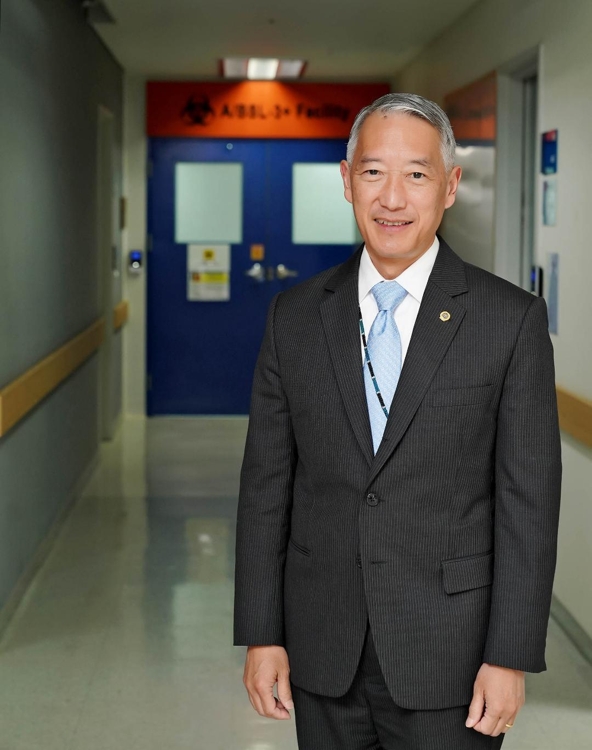 On the vaccine front, if approval is given by health authorities, actual clinical trials here could take place in April and May. This is very fast for vaccine development that normally takes five to 10 years, he said.

COVID-19 related clinical trials may start late this month and early next month, in the United States, Kim added.

The IVI, established in 1997 at the initiative of the United Nations Development Programme, is working with many governments, including South Korean authorities and such dedicated organizations as the Coalition for Epidemic Preparedness Innovations (CEPI), to find ways to better cope with the potentially fatal disease that has spread rapidly across the world.

The vaccine expert, who held the rank of colonel in the United States Army Medical Corps, said coronavirus patients seem to do well if they get good supportive health care, are diagnosed early on and receive necessary treatment if needed.

In South Korea, the fatality rate stands at 0.7 percent, which is higher than the seasonal flu with a mortality rate of around 0.1 percent, although lower than 2-3 percent being mentioned in other parts of the world.

The doctor, who taught medicine at the Uniformed Services University of the Health Sciences, said that aggressive tracking here seems to be paying off in containing the spread.

Even if the number of confirmed cases do go down in the country and the world, there is a need to be on guard for future outbursts that can occur, he warned.

Kim was named one of "The 50 Most Influential People in Vaccines" in 2014 by Vaccine Nation.