SEOUL, March 9 (Yonhap) -- South Korea raised the travel advisory for two provinces in northern and central Italy on Monday as the infectious coronavirus spreads rapidly in the European country.

The foreign ministry issued a "yellow warning," which calls for travel restraint and is the third highest on a four-level scale, for Piedmont and Marche in the country's northwest and central east, respectively, according to the ministry website.

The ministry called for South Korean nationals residing in the areas to take extra caution to protect their health and safety, while advising those planning trips there to carefully consider their visits.

Italy had reported 7,375 infections of the COVID-19 virus as of Sunday, the third most confirmed cases after China and South Korea.

The Rome government has imposed a lockdown on most of its northern regions in an effort to prevent further spreading. 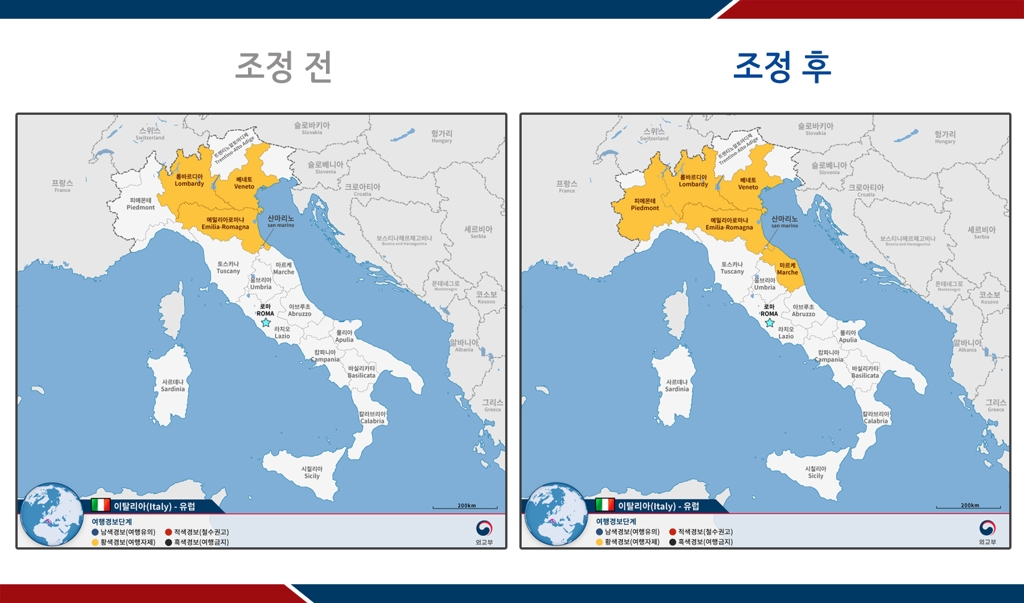