In his second Grapefruit League start, Ryu held the Tampa Bay Rays to three hits over 4 1/3 innings at TD Ballpark in Dunedin, Florida, on Monday (local time). The South Korean lefty struck out four, before leaving the game with 64 pitches in the books, 44 of them for strikes.

For this spring, Ryu has held opponents to a run over 6 1/3 innings, with six strikeouts and zero walks. 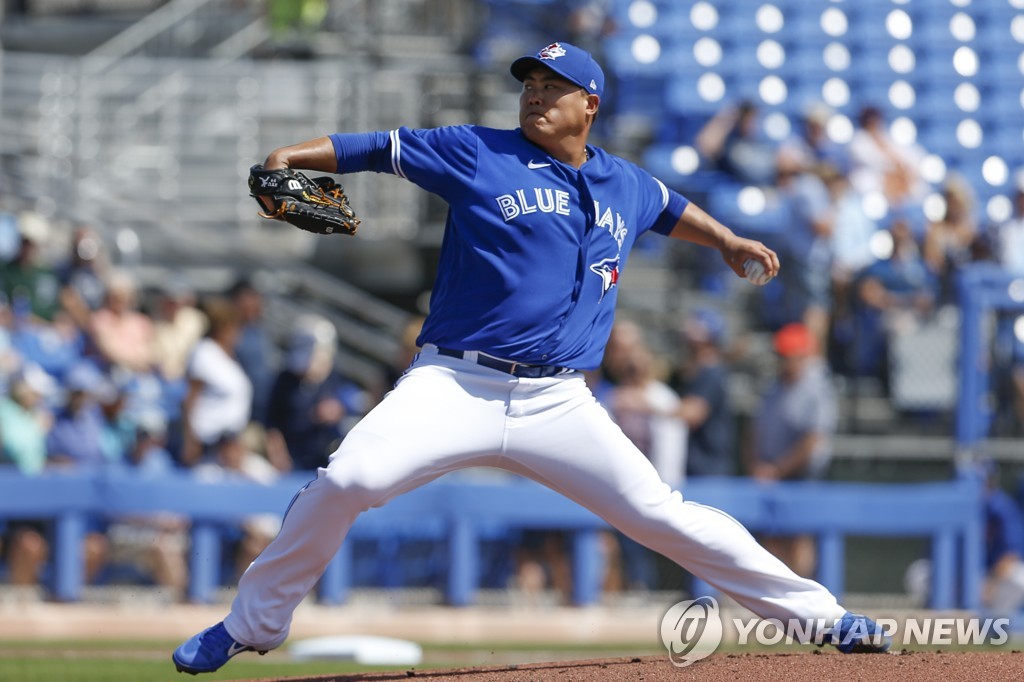 In his spring debut with the Blue Jays on Feb. 27, Ryu allowed a run over two innings on three hits with two strikeouts against the Minnesota Twins. He made a couple of unofficial starts in intrasquad games prior to Monday's appearance.

The Blue Jays spotted Ryu five runs after the first inning, an early offensive burst highlighted by Danny Jansen's grand slam, and went on to beat the Rays 8-3 to make a winner out of Ryu.

"I'll tell you what: he's fun to watch," Toronto manager Charlie Montoyo said. "When you see him live, now you know why he has success. He keeps hitters off-balance. Nobody knows what's coming."

The 2019 major league ERA champion with the Los Angeles Dodgers joined the Blue Jays on a four-year, US$80 million free agent deal in December. As the highest-paid pitcher in franchise history, Ryu is expected to get the Opening Day nod against the Boston Red Sox at Rogers Centre in Toronto on March 26.

Ryu made a quick work of the Rays in the top of the first inning, needing only eight pitches to retire the side in order. Kevin Kiermaier struck out swinging on a 0-2 curveball for the final out of the inning.

Ryu gave up a leadoff double to Willy Adames in the second, but sat down the next three batters in a row to keep the Rays off the board.

The Rays put two men on with a pair of singles against Ryu in the top third, but Kiermaier struck out for the second time against the southpaw, this time looking at a 3-2 fastball on the outside corner.

Ryu enjoyed a clean fourth inning with a groundout flanked by a couple of pop outs. He came back out to start the top fifth, and after retiring Michael Perez on a grounder to first in a 10-pitch battle, Ryu was lifted for Wilmer Font.

The Blue Jays' plan was to get Ryu four innings and about 65 to 70 pitches.

As the American League East foes, the Jays and the Rays will face each other 19 times this year. Having spent his seven previous years in the National League West, Ryu has never pitched against the Rays in the regular season.

The Rays' South Korean first baseman, Choi Ji-man, didn't get the start against Ryu. Choi bats left-handed and has struggled against southpaws all his career. 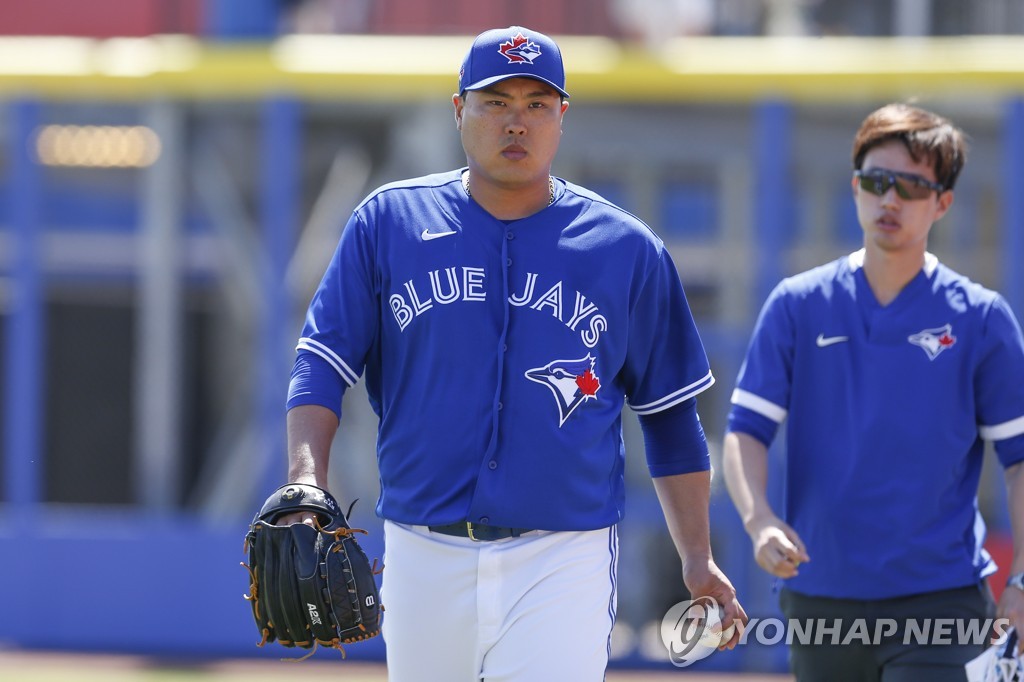