Under the temporary step, effective starting Wednesday, the authorities will be able to designate shares subject to a possible ban under eased requirements for the next three months.

When a firm is named risky or overheated, short selling of its stocks will be banned for at least one day. 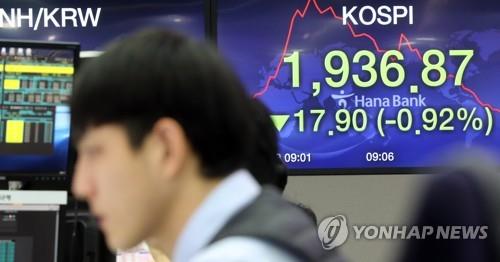 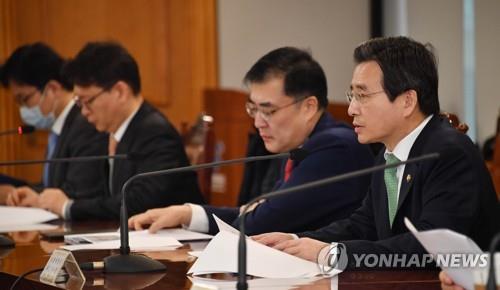 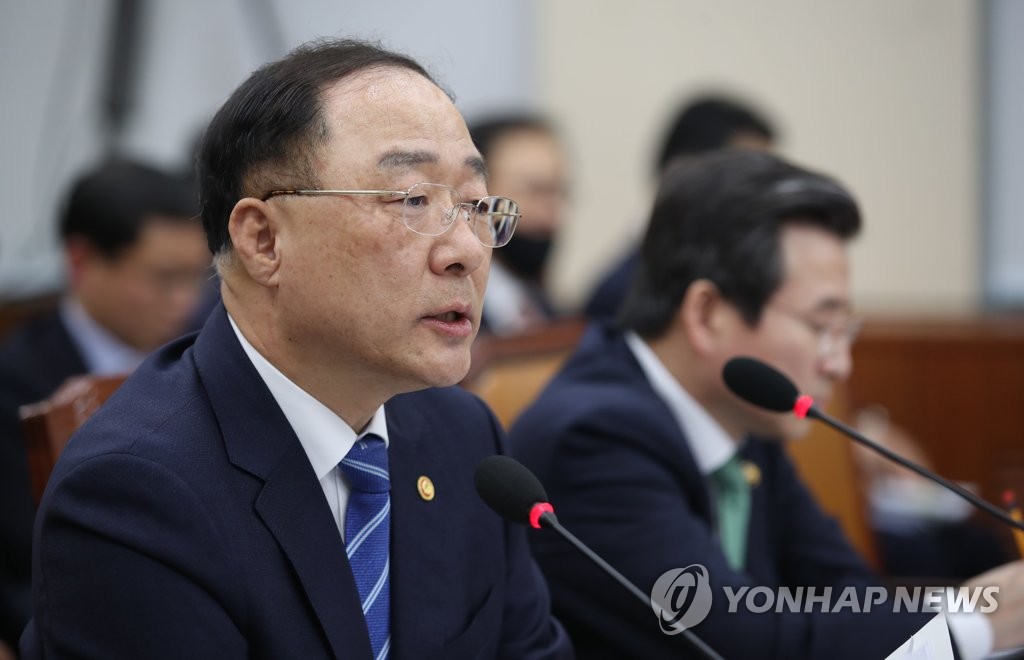 The won greatly advanced against the dollar Tuesday after the BOK and finance ministry both vowed to take market stabilization steps, closing at 1,193.20 won per dollar, up 11 won from Monday's close.

Later speaking before the parliamentary finance committee, Hong said a negative impact from the virus outbreak will be inevitable.

"An impact on our economic growth from the outbreak of the new coronavirus will be unavoidable," he said.

The BOK has already slashed its growth outlook for the local economy to 2.1 percent from the previous 2.3 percent.

Many others, however, paint a much gloomier picture for Asia's fourth-largest economy.

A parliamentary think tank on Tuesday said the 11.7 trillion won in extra spending, if implemented in the first half, could boost the country's economic growth by up to 0.16 percentage point this year and 0.21 percent in 2021.

The request for the extra budget is still pending at parliament.