SEOUL, March 10 (Yonhap) -- A call center in southwestern Seoul has emerged as a minor cluster for COVID-19 infections Tuesday, with at least 34 people, including employees and their families diagnosed with the contagious virus.

A 12-story building in the neighborhood of Sindorim was closed down and disinfected late Monday after workers at a call center on its 11th floor were confirmed as patients, according to the Guro Ward.

At least 34 people, including workers and their families who live in different parts of Seoul and neighboring Incheon and the city of Gwangmyeong in Gyeonggi Province, were affected.

But numbers are feared to rise when the local government offices release new figures. An inspection of more than 200 employees and trainees is currently under way. 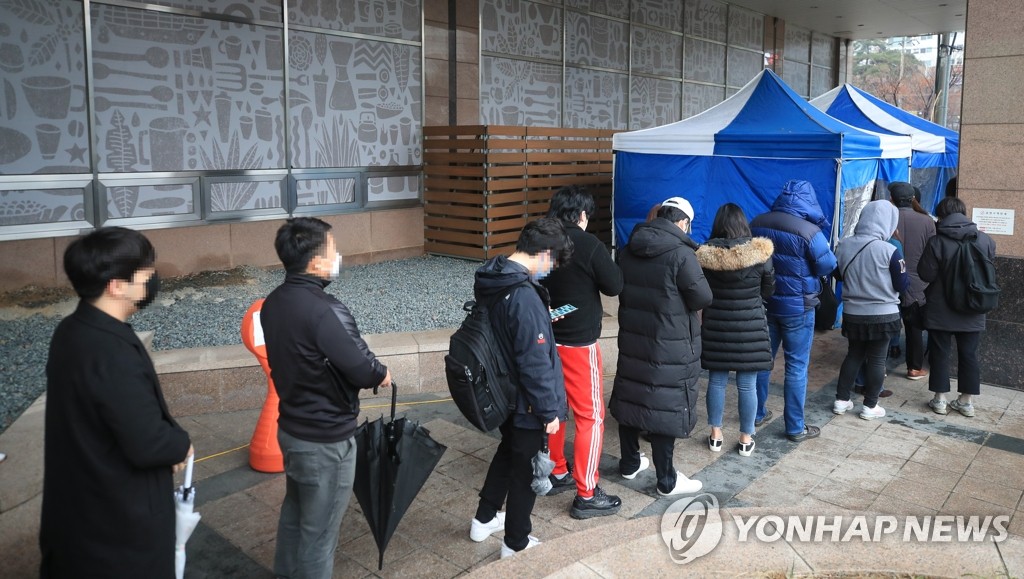 The Guro Ward, where the building is located, said it has set up an inspection center at the ground floor of the building and plans to carry out additional checks for residents.

Nearly 80 percent of more than 7,000 infections reported in South Korea are attributed to group transmissions, according to the Korea Centers for Disease Control and Prevention (KCDC).