SEOUL, March 10 (Yonhap) -- South Koreans continued to reduce their use of cash last year, while their use of credit cards reached record highs both in terms of frequency and amount, a central bank survey showed Tuesday.

The reading marks a sharp decline from the average 78,000 won tallied a year earlier.

In terms of the amount spent, those surveyed said cash accounted for only 17.4 percent of their total spending, down from 20.3 percent two years earlier.

Their use of credit cards, on the other hand, jumped to 43.7 percent from 29.3 percent over the cited period, in terms of frequency, and from 32.8 percent to 53.8 percent in terms of amount.

Their use of debit cards also increased to 19.2 percent of purchases and 15.3 percent in amount from 15 percent and 10.1 percent, respectively, in 2017, according to the survey.

In 2019, credit cards alone were the most frequently used method of payment at all locations and facilities, except traditional market places and small retail shops where cash prevailed over all other payment methods.

When asked, 38.5 percent of those polled said their use of cash will likely continue to shrink in the future, while 59.2 percent said it will likely remain unchanged. 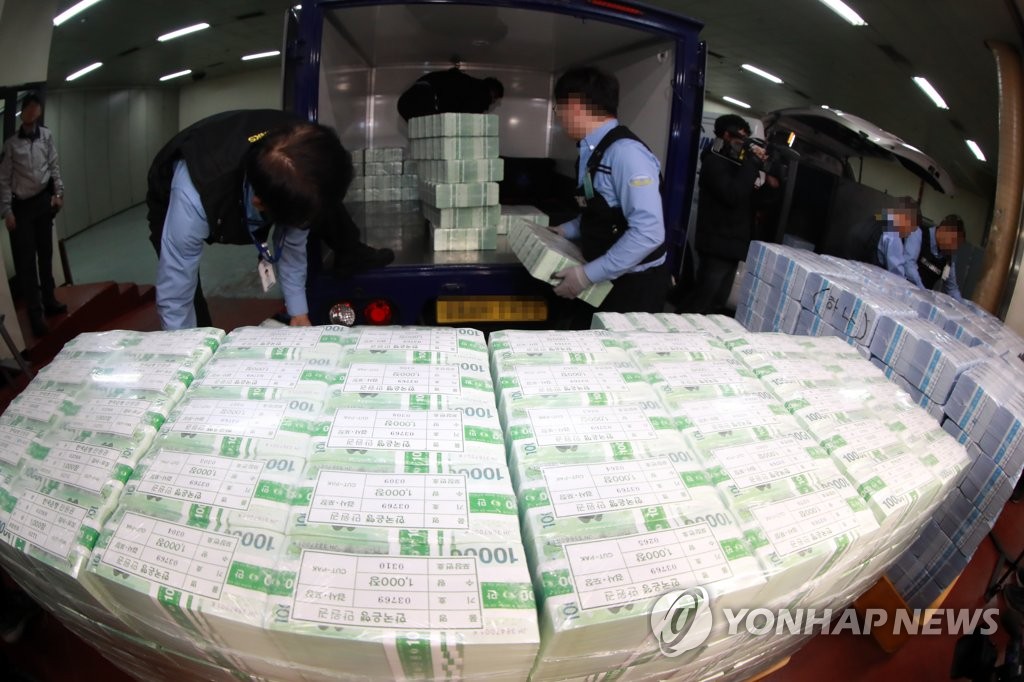 Koreans continue to use less cash, more plastic in 2019: survey

Koreans continue to use less cash, more plastic in 2019: survey