SEOUL, March 10 (Yonhap) -- South Korea said Tuesday it has stepped up vigilance in its battle to halt the spread of the new coronavirus, with an alarming cluster of infections emerging in Seoul, although the pace of daily new infections continued to slow.

So far, 54 people, mostly elderly patients with underlying illnesses, have died in South Korea from the respiratory virus that emerged in China late last year, the KCDC said. Four more fatalities were reported in Daegu earlier in the day, but they have not been included in an official update.

The KCDC said 54 virus patients are in critical conditions. The flu-like virus causes a fever, cough, runny nose or headache for most healthy people, but the risk of severe infection is high for elderly people with underlying health problems.

In what seems to be the largest cluster of infections in Seoul so far, at least 64 people linked to a call center in southern Seoul had tested positive for the virus as of Monday, highlighting concerns about the virus' spread in confined spaces, the KCDC said.

The 12-story building in Shindorim-dong was shut down and disinfection work began Monday.

"Recently, the number of total confirmed cases has shown a downward trend, but health authorities are worried over such cluster infections," Kwon said. 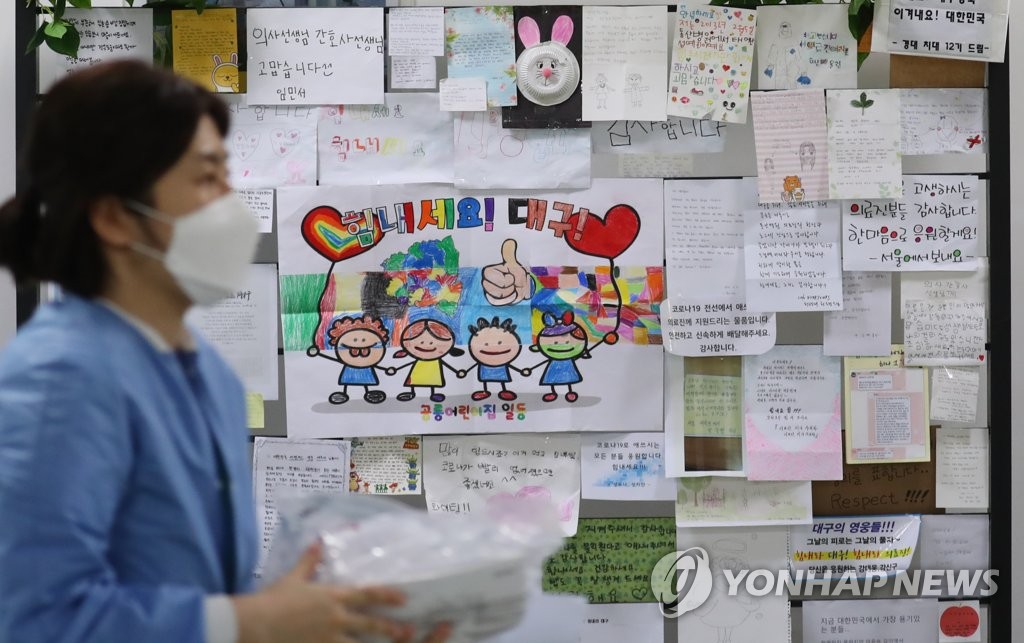