Ahead of the new single's official release on April 1 in Japan, Japanese FM radio program "School of Lock!" aired the song for the first time on Monday, according to Pledis Entertainment.

"'Fallin' Flower' is a song fit for the spring season, carrying a positive message that a fall for the time being is not the end, but another new start," Pledis said.

Team member Woozi jointly composed and wrote the single, while another member, Dino, also lent his talent in writing the song's lyrics.

It is Seventeen's second Japanese single after "Happy Ending," which was released in May last year and was a solid hit in the country.

In May, the band will go on a concert tour in Japan, performing in Saitama, Tokyo, Fukuoka and Osaka. 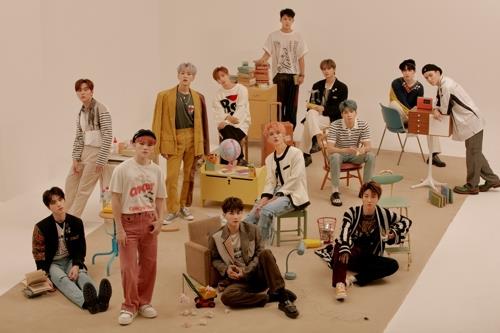