SEOUL, March 10 (Yonhap) -- The Doosan Bears will have to defend their Korea Baseball Organization (KBO) title this year with a much different starting rotation, featuring two new foreign pitchers at the top.

And their manager Kim Tae-hyung likes what he's seen so far from his fresh faces, Chris Flexen and Raul Alcantara, noting that both are already throwing over 150 kilometers per hour (93 miles per hour) with their fastballs.

"They pitched in two games each, and I think they're going to be great additions for us," Kim said Tuesday after the Bears returned from their two-phase spring training, first in Australia and then in Japan. "It isn't just their fastball velocity. Their breaking balls have been great as well." 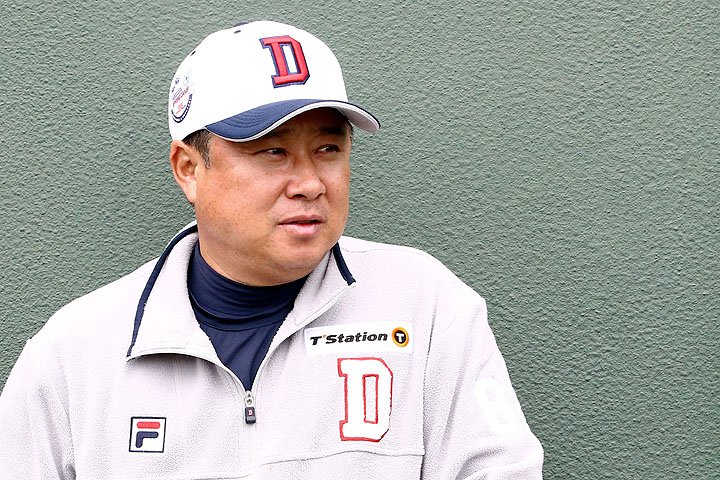 Flexen and Alcantara have tough acts to follow. The Bears' rotation last year was led by Josh Lindblom, who was voted the league MVP after going 20-3 with a 2.50 ERA and a league-best 189 strikeouts. No. 2 starter Seth Frankoff battled injuries but still posted a solid 3.61 ERA while going 9-8 in 22 starts. Lindblom signed with the Milwaukee Brewers in the offseason, and Frankoff is trying to win a major league job with the San Diego Padres in spring training.

Flexen is a former New York Mets prospect with a three-pitch arsenal of a hard fastball, a slider and a changeup. Flexen has 27 major league games to his credit, including 11 starts, with a 3-11 record and a 8.07 ERA.

This will be the second KBO season for Alcantara, who pitched for the KT Wiz in 2019 and went 11-11 with a 4.01 ERA. He is also a hard thrower: He ranked second among qualified KBO pitchers last year with 150.0 kph in average fastball velocity.

Kim said he was a bit concerned about his relief corps, though the bullpen will welcome back a key veteran from injury in 2020. 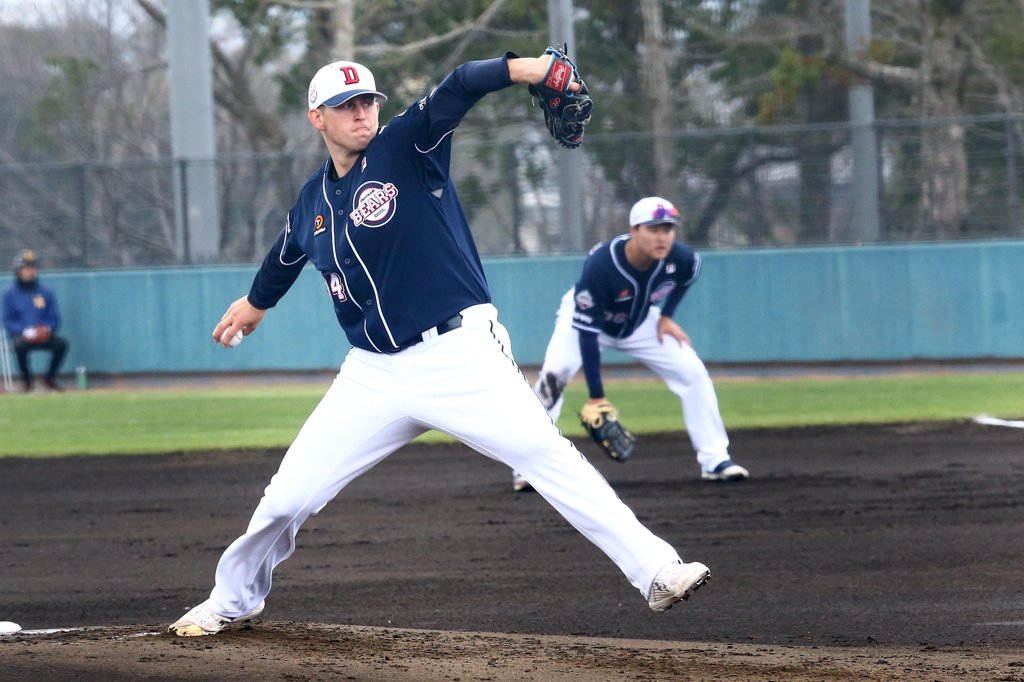 Right-hander Kim Kang-ryul missed the entire 2019 season after suffering an Achilles tendon injury in October 2018. When healthy, the 31-year-old can be counted on for 65 to 70 outings and occasional save opportunities.

"This year, Kim Kang-ryul will be our key player in the bullpen," the manager Kim said. "He finished camp all healthy. If he can do his job in the middle, we have some guys who can handle late inning duties. And we were also able to identify some young arms that we can rely on this year."

The Bears are off through Tuesday and will resume their preparation for the season Wednesday at their home park, Jamsil Stadium in Seoul.

The KBO canceled all preseason games, which would have run from March 14 to 24, due to the spread of the coronavirus.