Possession of a health condition report would mean the person had tested negative for COVID-19, according to an official at Cheong Wa Dae, the presidential office.

The instruction came as a series of entry bans on people from South Korea makes it difficult for the country's people to travel for business, potentially shrinking economic activities.

A total of 109 countries and territories were imposing entry bans or tougher quarantine procedures for people from South Korea over the spread of the new coronavirus on Tuesday. 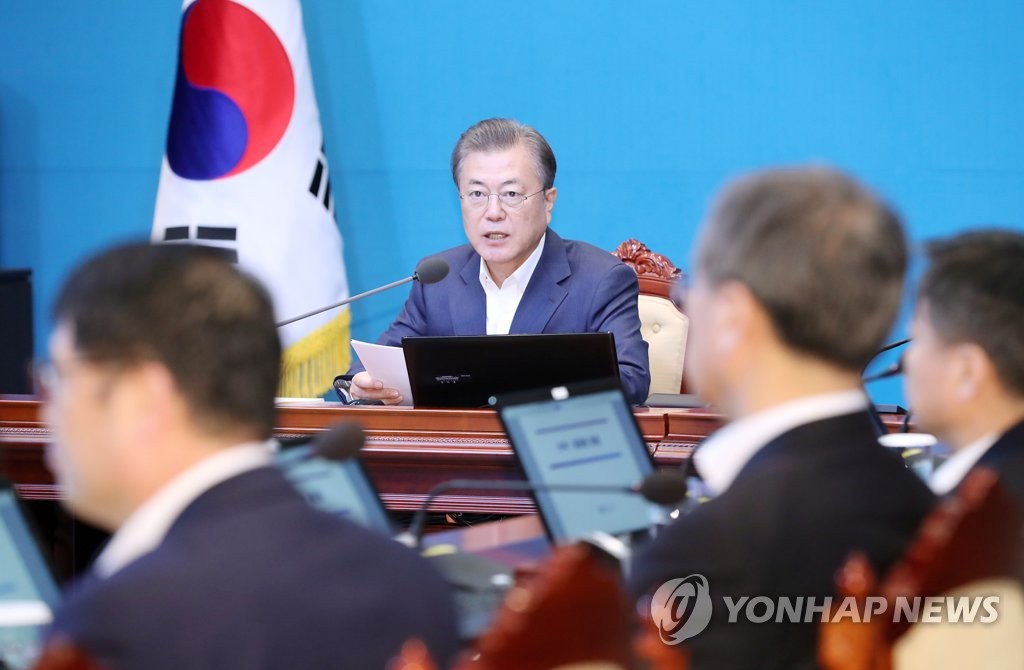 When asked if Japan is included in a list of countries with which Seoul will seek diplomatic consultations, Cheong Wa Dae said, "It is difficult to specifically mention what countries would be (included)."

Last week, Tokyo announced that visitors from South Korea and China will be asked to stay at designated facilities for two weeks and refrain from using public transportation from March 9-31. It also suspended the 90-day visa-free entry program for South Koreans on Monday.

In response to Tokyo's entry restrictions against South Korean visitors, Seoul on Monday halted a visa-free entry program for Japan among other countermeasures amid coronavirus woes.

Cheong Wa Dae on Tuesday expressed deep regret over the new Japanese entry restrictions, condemning them as an act of mistrust.

"Chief Cabinet Secretary Yoshihide Suga said in a briefing on Monday that Japan notified South Korea of its entry restrictions through a diplomatic channel in advance and explained what the measures are about. But it is not true," Yoon Jae-kwan, deputy spokesman for the presidential office, said at a press briefing.

In contrast, Seoul gave Tokyo prior notice of its tit-for-tat measures and gave a detailed explanation of its entry restrictions leveled at Japan.

But citing the slowing growth of new infections here, he said they may permit an exception for South Koreans on urgent business, according to the official.

The daily number of new virus cases here slowed to a two-week low Tuesday, bringing the total number of infections to 7,513.

When asked whether Seoul is considering entry restrictions for Italy, the presidential official hinted that it has no plan to do so.