SEOUL, March 10 (Yonhap) -- North Korean leader Kim Jong-un has continued to appear in public without wearing a mask even though the communist regime is on high alert to prevent the virus from spreading into the country.

Photos released Tuesday by the North's official Korean Central News Agency showed Kim watching a long-range artillery strike drill a day earlier with binoculars in his hands. He was wearing a fur hat but not a mask.

That contrasts with Army Gen. Pak Jong-chon, chief of the General Staff of the North Korean Army, who is seen standing next to Kim with a black mask on his face, while holding binoculars and a walkie-talkie in his hands.

It was unclear why the leader decided not to don a mask at a time when the country is requiring people to make sure to wear a mask to prevent a coronavirus outbreak, even though Pyongyang has insisted there has been no confirmed coronavirus case in the country. 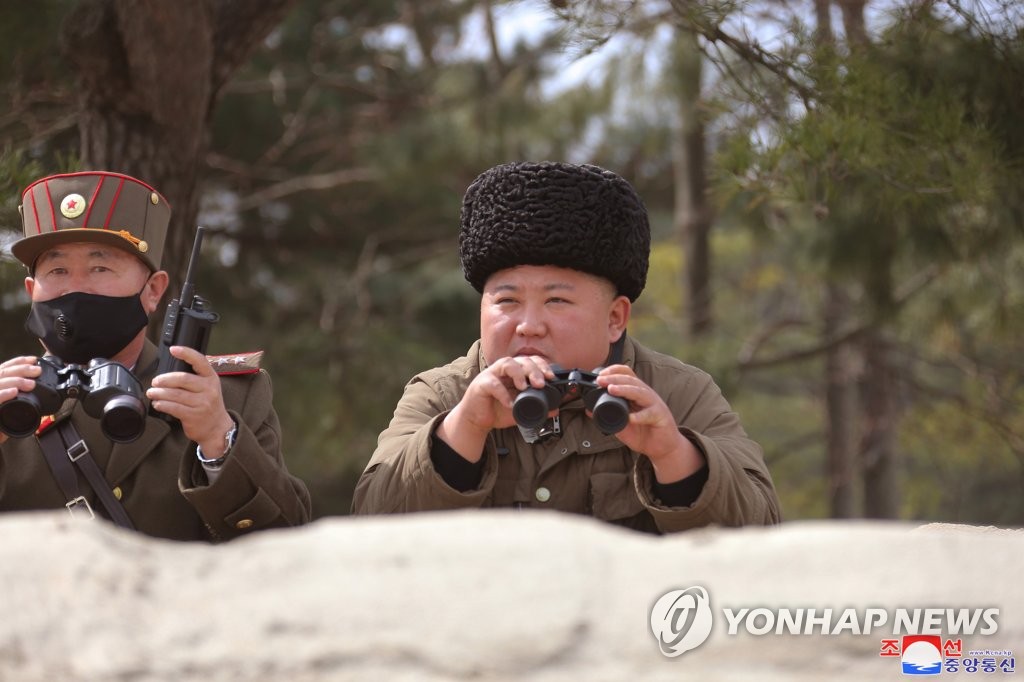 Kim was also seen without a mask in a photo released by the KCNA during his supervision of another long-range artillery firing drill on March 2 as the North test-fired two short-range projectiles from near the North's eastern coastal town of Wonsan.

He also did not wear a mask during his inspection of a joint strike drill of his military on Feb. 28 while officials behind him were seen wearing masks.

Experts said Kim's appearance without a mask can be seen as an expression of confidence.

Kim Yong-hyun, a North Korean studies professor at Dongguk University, called the move a symbolic act of saying that the North has no problem in containing the virus.

"If the North Korean leader Kim Jong-un does appear with a mask it can be read as a sign among the people that the virus has broken out ... it is seen as his way of showing pyschological stability to the people," he said.

Since then, it has stepped up efforts to prevent an outbreak of the COVID-19 virus in the country, beefing up production of masks and advising people to wear masks.

North Korean media outlets have also boasted that the country has made progress in developing special sanitary masks that help treat respiratory diseases. 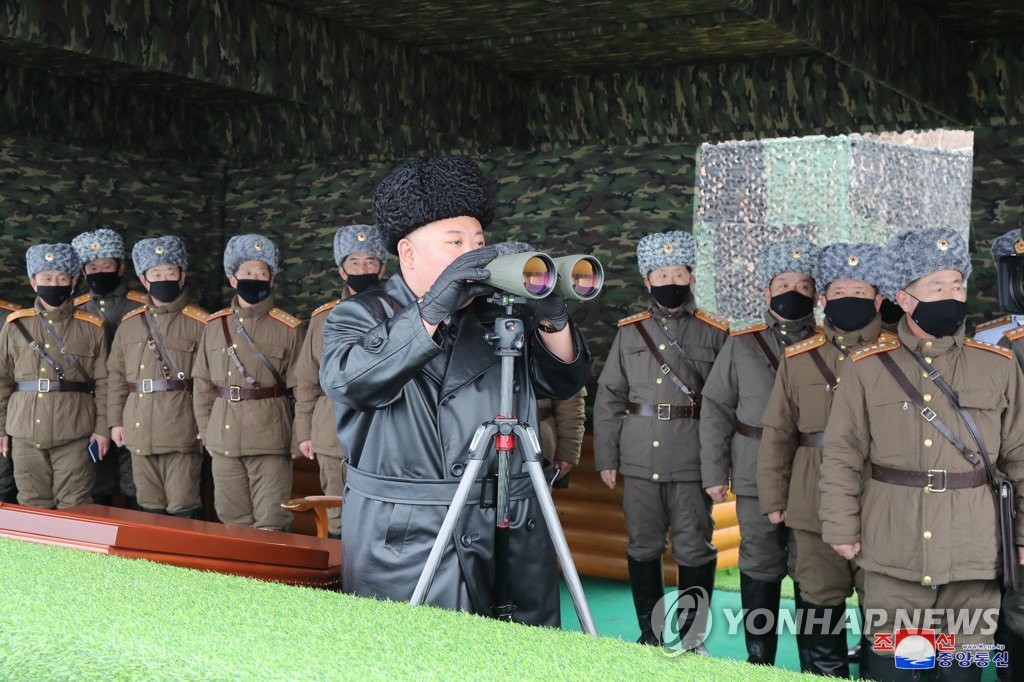 N.K. leader oversees firing drill with no mask despite concerns over coronavirus

N.K. leader oversees firing drill with no mask despite concerns over coronavirus