SEOUL, March 10 (Yonhap) -- China will send the first batch of face masks and other coronavirus-related relief items to South Korea this week to help the neighboring country fight the viral disease, a foreign ministry official in Seoul said Tuesday.

About 80,000 N95 respirator masks and 10,000 items of protective clothing will arrive here via a flight on Wednesday, the ministry official told reporters.

Two more batches, including 20,000 masks of the same type and another 1 million surgical masks, will be delivered on Thursday and Friday, respectively.

Beijing said earlier that it plans to send about 1.1 million face masks and other relief goods to Seoul through the Red Cross to assist its Asian neighbor with fighting COVID-19.

South Korea is the second hardest-hit Asian nation after China. China's infection cases have surpassed 80,700 with more than 3,100 deaths. The corresponding figures for South Korea stood at over 7,500 and 54, respectively.

"China's daily demand for the masks is about 600 million sheets, while the daily production stands at 160 million," the official said. "They explained to us that they approved the shipment in consideration of its special relationship with Korea and that we have provided assistance (to China) when we had difficulties," the official added.

Seoul delivered four batches of relief goods to a number of the virus-hit regions in China, including Wuhan, the epicenter of the virus outbreak, in January and February, as part of its pledge to provide US$5 million in assistance for anti-virus efforts.

The ministry official also said that China began to allow mask exports to Korea and that the two sides are discussing details to facilitate the shipments.

"We are trying to find out ways so that we can import more MB filters, the raw material used in masks, from China. We figure that there are mask producers that want to bring in about 37 units of production equipment," the official added. 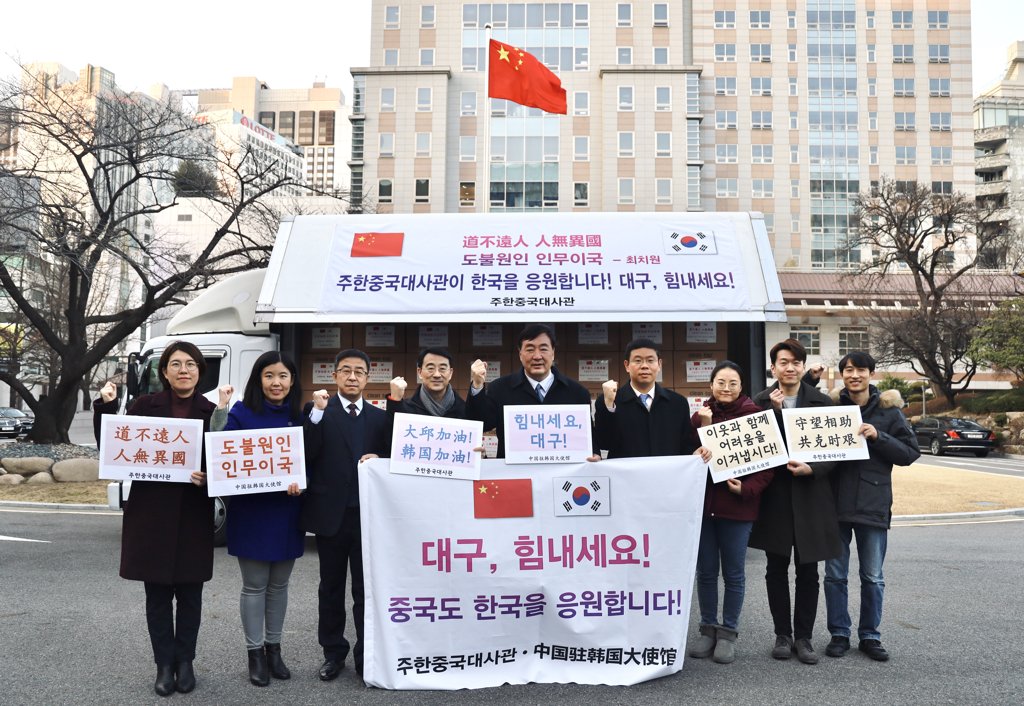