SEOUL, March 10 (Yonhap) -- Korean Air Lines Co. said Tuesday it has offered a voluntary leave program to its employees as it struggles to cope with the sharp decline in travel demand amid the spread of the coronavirus.

Flight attendants who have worked for the flag carrier for at least two years can take one to three months of voluntary unpaid leave from January to June, a company spokesman said over the phone.

"The company has offered this program to employees in order to flexibly respond to travel demand and manage operating costs. Previously, a voluntary leave plan was offered to flight attendants in November," she said. 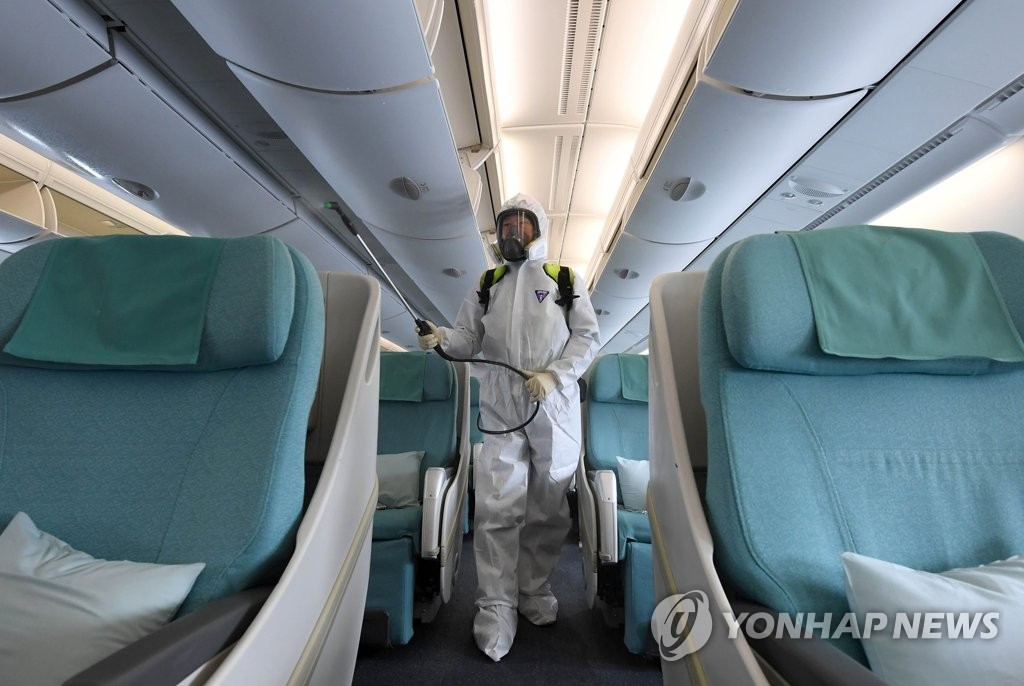 Korean Air has also offered the same program to its foreign pilots, saying those who apply for the unpaid leave will not have to fly planes from next month.

Some of 390 foreign pilots expressed their intention to take leave amid worsening COVID-19 concerns before the company proposed the plan, Korean Air said.

Korean Air has suspended more than 90 percent of its overall flights as more than 100 countries and territories, as of Tuesday, are imposing entry bans or tougher quarantine procedures for people from South Korea over COVID-19 concerns.

A prolonged virus outbreak looks set to deal a further blow to the country's biggest full-service carrier in terms of earnings.

On Tuesday, shares in Korean Air ended 0.6 percent higher at 23,550 won on bargain hunting after plunging 6.8 percent in the past two sessions. The broader KOSPI gained 0.4 percent.