Asia's fourth-largest economy registered a tourism deficit of US$928 million in January, $187 million larger than the previous month, according to the data from the Korea Culture and Tourism Institute.

The flu-like virus began to spread in South Korea in late anuary in the wake of a rapid spread in China.

January's wider deficit was attributed to a tumble in the number of foreign tourists to South Korea, especially Chinese visitors. 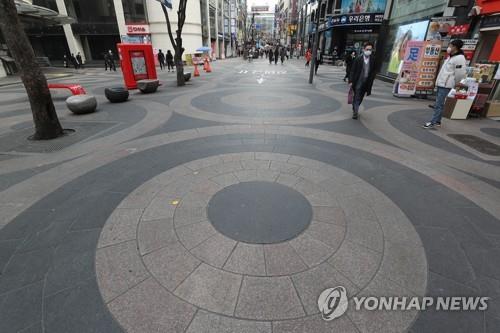 An estimated 1.27 million foreigners visited South Korea in January, down 180,000 from the previous month, according to the state-run Korea Tourism Organization.

Industry watchers expected South Korea's tourism revenue to sink further down the road as the spread of COVID-19 is likely to keep foreign tourists away from the country.

"South Korea is now faced with the biggest stumbling block to its tourism sector," an industry source said. "It will be difficult to expect a rise in tourism revenue until the coronavirus outbreak is contained worldwide."

The coronavirus has claimed 60 lives and infected more than 7,500 South Koreans so far.
(END)