SEOUL, March 11 (Yonhap) -- Ko Jin-young, world No. 1 in women's golf from South Korea, will have a new corporate sponsor logo on her hat.

Ko's agency, SEMA Sports Marketing, announced Wednesday the 24-year-old has signed a two-year deal with the Philippines-based Bloomberry Resorts and Hotels. Under the terms of the agreement, she will wear the logo of Solaire Resort & Casino, which is run by Bloomberry, across her headware.

Financial terms of the new deal will not be disclosed under a mutual agreement, but SEMA said the contract "befits her status as the No. 1 player in the world." 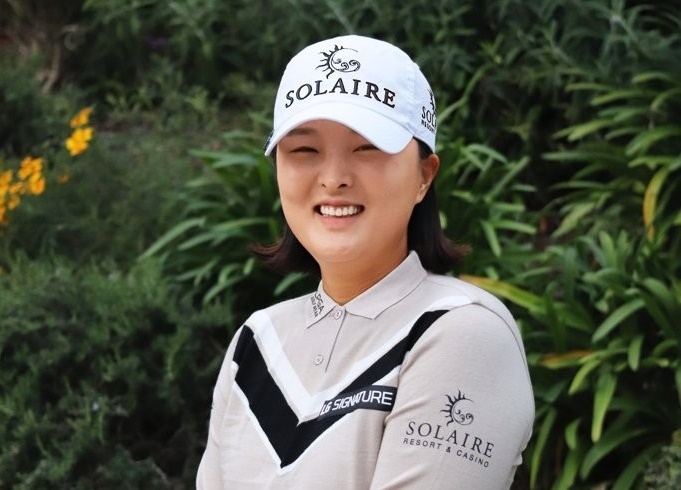 Ko enjoyed a banner year on the LPGA Tour in 2019, winning four titles, including two majors, while sweeping up the Player of the Year, money title and scoring title.

Despite such a strong season, Ko had trouble landing a new sponsorship deal after her previous contract expired at the end of 2019.

Bloomberry sponsors another South Korean golfer in world No. 3 Park Sung-hyun, who is also represented by SEMA.

The LPGA season has been on hold since mid-February, as the coronavirus outbreak has forced three consecutive tournaments in Thailand, Singapore and China to be canceled. Ko has yet to play this season and will make her 2020 debut when the tour returns to action next week with Volvik Founders Cup in Phoenix, Arizona. She's the defending champion.