SEOUL, March 11 (Yonhap) -- The number of stock trading accounts in South Korea has been expanding steadily this year to surpass the 30-million mark, despite falling stock prices, data showed Wednesday.

The number of active stock accounts came to 30.02 million as of Friday, up from 29.36 million at the end of 2019, according to the data from the Korea Financial Investment Association and Statistics Korea.

It marks the first time that the country's number of active stock accounts has exceeded the 30-million level.

Growth in the number of stock trading accounts has been gaining ground this year, despite cratering stock prices sparked by the rapid spread of the novel coronavirus across the globe.

As of end-December, the number of stock accounts came to 29.36 million, passing South Korea's labor force of 28.09 million for the first time. 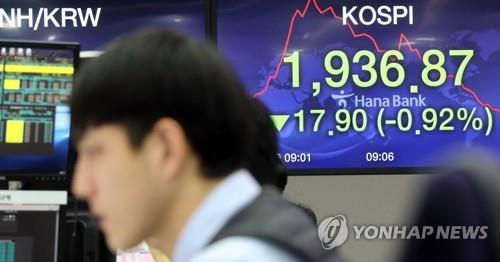