"The BIGBANG members, G-Dragon, Taeyang, T.O.P and Daesung, signed an exclusive contract with YG," the management said in a press release.

This will mark BIGBANG' next term with YG after the band's debut under the music label in 2006.

YG said that with the contract renewal, BIGBANG will accelerate preparations for a new music release this year.

"YG will provide exhaustive support for BIGBANG so that the band can continue to write new K-pop history in the world music scene as artists representing YG," the agency said. 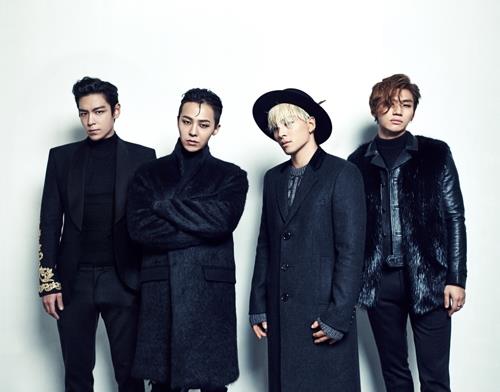 After years of hiatus due to the members' mandatory service in the military, the band was to appear together at Coachella Valley Music and Arts Festival in Indio, California, in April in its first public activity in years.

But the annual spring music festival was put off to October amid coronavirus infection concerns.

BIGBANG renews contract with YG ahead of new music release

BIGBANG renews contract with YG ahead of new music release