The last episode of her latest drama, "Crash Landing On You," which aired from December last year to February, earned the highest viewership for any drama series from cable channel tvN with a 21.7 percent audience share.

A-listers Son Ye-jin and Hyun Bin play a South Korean businesswoman and a North Korean soldier who fall in love.

It portrays a Korean emperor who tries to close the door to a parallel world to prevent demons escaping.

The drama is one of the most anticipated Korean dramas this year thanks to the star-studded cast and the screenwriter, who has created smash hit series including "Secret Garden" (2010), "Descendants of the Sun" (2016) and "Guardian: The Lonely and Great God" (2016).

Season two of Netflix's Korean original series "Kingdom" is the latest work by another star screenwriter, Kim Eun-hee, who has created many hit TV series including mystery thrillers "Sign" (2011) and "Signal" (2016).

With Ju Ji-hoon, Bae Doo-na and Ryu Seung-ryong reprising their roles, the continuation of the zombie thriller, released in January last year, will premiere on Friday on the U.S. online streaming service provider. 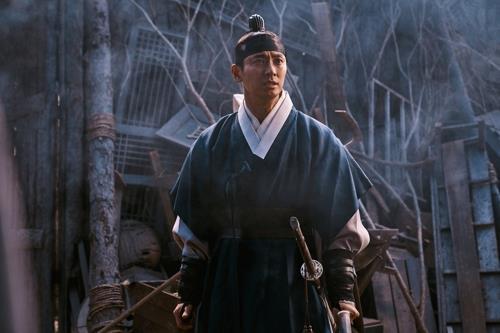 Lee Woo-jung, whose works range from variety shows such as "Three Meals A Day" and "Youn's Kitchen" to TV dramas such as "Replay 1988," is also coming back with "Hospital Playlist" this week.

The show revolves around five doctors working for a hospital and stars Jo Jung-suk and Yoo Yeon-seok.

Renowned playwright Noh Hee-kyung, who has carved out a small screen career with realistic and in-depth depictions of relationships and love, is preparing a new drama series, tentatively named "Here."

Noh's new drama will feature people working for non-profit organizations and is to star Lee Byung-hun and Han Ji-min. It will start filming later this year.