Chung also said the government would carefully consider growing calls for the government to designate South Korea's southeastern city of Daegu and its adjacent North Gyeongsang Province -- where the bulk of the country's COVID-19 infections have occured -- as special disaster zones subject to state relief aid.

"As the mayor of Daegu made the request for the designation today, we will carefully look at the various conditions that the city needs to meet and what kind of things we can do," Chung said.

Asked about whether Chinese President Xi Jinping can visit South Korea in the first half of this year as planned, Chung said "the possibility remains open." Speculation has persisted that Xi could delay his plan for the trip due to his focus on fighting the novel virus.

"I believe the possibility is open, and it hinges on how we can overcome the new coronavirus infection," he said.

At the parliamentary session, Finance Minister Hong Nam-ki described the idea of providing basic income to citizens to support their livelihoods as a "difficult" option to take.

Several chiefs of local governments called on the government and the National Assembly to consider offering basic income evenly to people to help them cope with the economic fallout from the outbreak.

"(The provision of basic income) may be effective, but there would be problems about the government's financial health and funding," Hong said.

Hong also dismissed the possibility that South Korea may fall into deflation due to the virus outbreak. 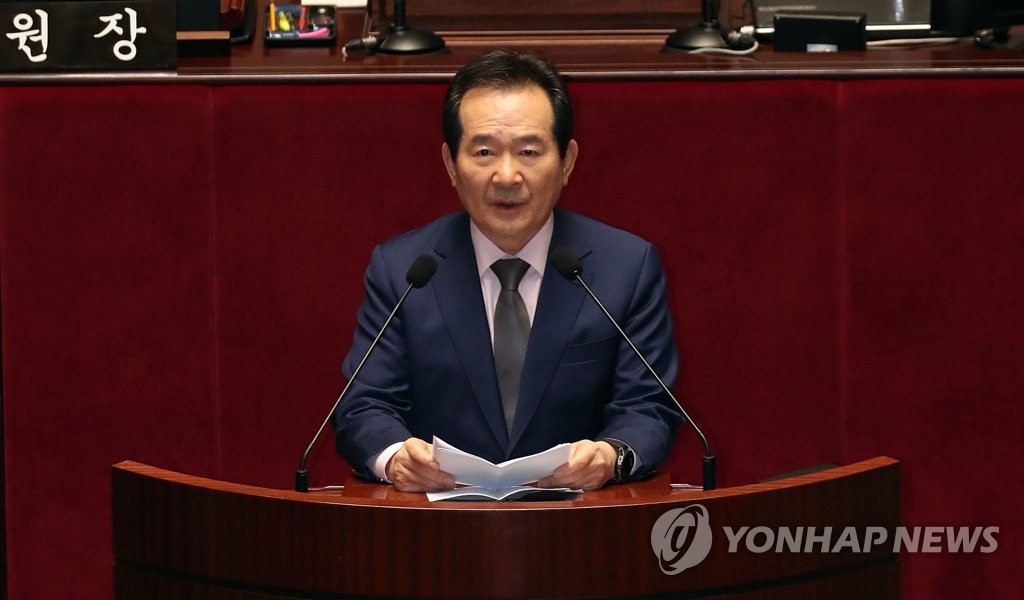