(ATTN: ADDS response to outbreak in Daegu in paras 5-6)
By Oh Seok-min and Choi Soo-hyang

In order to properly handle cases in the southeastern city of Daegu and surrounding North Gyeongsang Province, USFK has more than doubled its medical personnel there to nearly 70, and five researchers from the Army medical laboratory were also sent there, according to Abrams.

A majority of COVID-19 cases in South Korea have occurred in Daegu and North Gyeongsang, with a cluster of infections there linked to the Shincheonji religious sect. 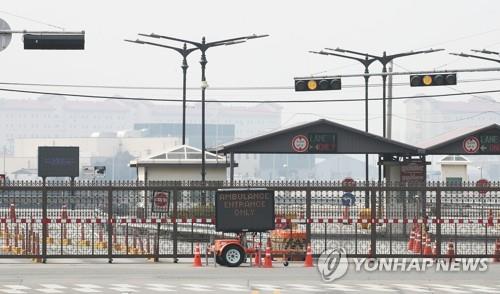 So far, around 125 people affiliated with USFK have undergone tests. A total of 95 people are currently in self-quarantine as a precaution against the virus, with the figure once reaching as high as 392, the commander said.

The commander, at the same time, stressed the importance of maintaining a full readiness posture, explaining why he has not imposed total restrictions on movements.

"We always have our mission to perform here. That mission has not gone away just because we have COVID-19. Our mission here is to be ready to fight tonight in the defense of the Republic of Korea," Abrams stressed.

"We have an amazing partnership with the KCDC. They've been incredibly transparent, cooperative and collaborative," Abrams said.

Speaking of the U.S. Army's order on its soldiers and families to halt movements to and from South Korea, Abrams said he has sought some clarifications, as well as ways to avoid confusion.

"Frankly, it came as a bit of a surprise to all of us. So we have been doing the analysis," he said. "The first thing I asked for was give us general officer-level waiver authority for specific cases to avoid undue burden and hardship."

He vowed to explore how to use all of his authority to minimize the financial burden on those affected.

The order was issued earlier this week and will be in effect until May 6 or until further notice. About 2,200 service personnel and their family members have been affected by the decision, according to the commander. 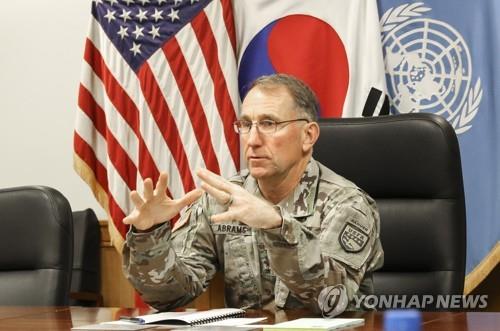