LG said its CX series 4K OLED AI ThinQ TVs will be available this month in South Korea and the United States, followed by markets in other regions.

The 55-and 65-inch CX models will go on sale in South Korea on Wednesday, while the 77-inch version will be launched next month, it added. 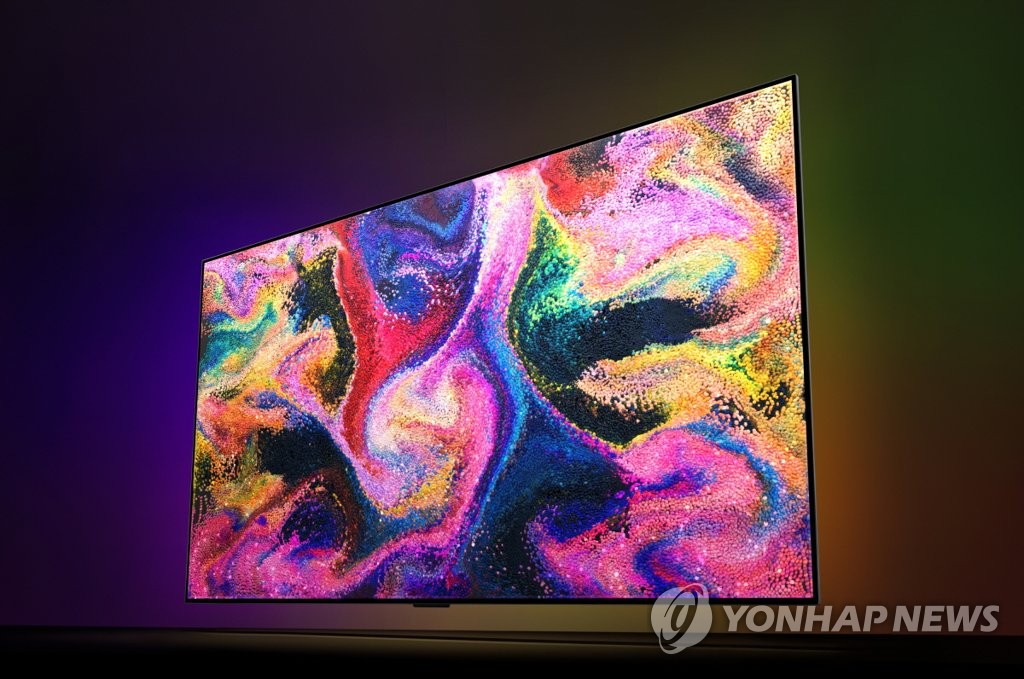 The three new GX Gallery series models -- 55-, 65- and 77-inches versions -- will be launched later this month. The art-inspired GX Gallery OLED TVs boast an ultrathin form factor -- the 65-inch model is only 20 millimeters thin -- according to LG.

LG's OLED ZX real 8K models -- 88- and 77-inches in size -- and the ultrathin 65-inch WX OLED Wallpaper TV will go on sale next month. The prices of these TVs have yet to confirmed, but the 88-inch ZX model is expected to be around 49 million won, according to sources.

LG said most of its new TVs launched this year will feature its third-generation AI processor with better processing performance and deep learning algorithms.

LG was the second largest TV vendor in the world last year, with a 16.3 percent market share based on sales revenue, according to data from industry tracker IHS Markit, trailing only Samsung Electronics Co.