Doosan Heavy said idle workers can receive 70 percent of their basic monthly wage for up to three months. The planned paid leave is subject to endorsement of Doosan Heavy's labor union.

Doosan Heavy said it had 6,700 employees at the end of December, though it did not give details on the number of idle workers. 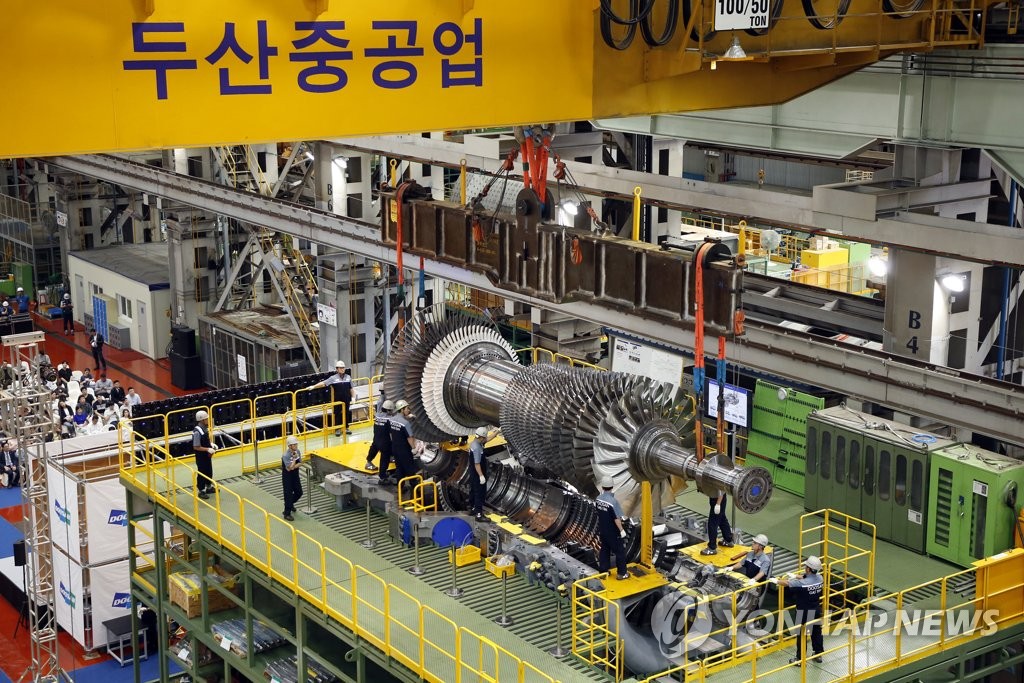 "We need more substantial emergency management measures," Jung Yeonin, Doosan Heavy chief operating officer, said in a message to the labor union, according to the company.

He said Doosan Heavy could not afford financial costs due to the company's declining sales and net losses in recent years.

Shares of Doosan Heavy traded sharply lower at 3,450 won as of 2:20 p.m., down 23 percent from the previous session's close.

Jung said orders worth about 10 trillion won have dried up due to the cancellation of projects of nuclear and coal-fired plants in South Korea.

South Korea decommissioned two nuclear power plants in 2017 and 2019 as part of its policy to boost the supply of power from clean and renewable energy sources while weaning the country off nuclear and coal-fired plants.