Gov. Lee Jae-myung told reporters that the measure will go into effect starting March 22 under an emergency administrative order.

Under the anti-virus measure, religious facilities that check participants for fever, keep a 2-meter distance among mask-wearing participants and disinfect venues before and after the proceedings, will be allowed to hold events this weekend.

Disinfection at venues and masks, as well as sanitizers, will be provided by the provincial office.

The Gyeonggi governor had considered completely banning all religious events throughout the province.

"The reason that a full ban was considered was to prevent transmissions rather than to regulate (religious facilities)," Lee said, "A consensus was reached with religious leaders to find a more reasonable measure."

The governor said the administrative order will only be used "in the worst case" when religious organizations do not follow the guidelines.

Gyeonggi Province, which surrounds Seoul, has a population of 14 million.

A total of 175 COVID-19 infections were reported here as of Tuesday midnight, including 36 traced to group transmissions at religious facilities, according to the data by the Korea Centers for Disease Control and Prevention. 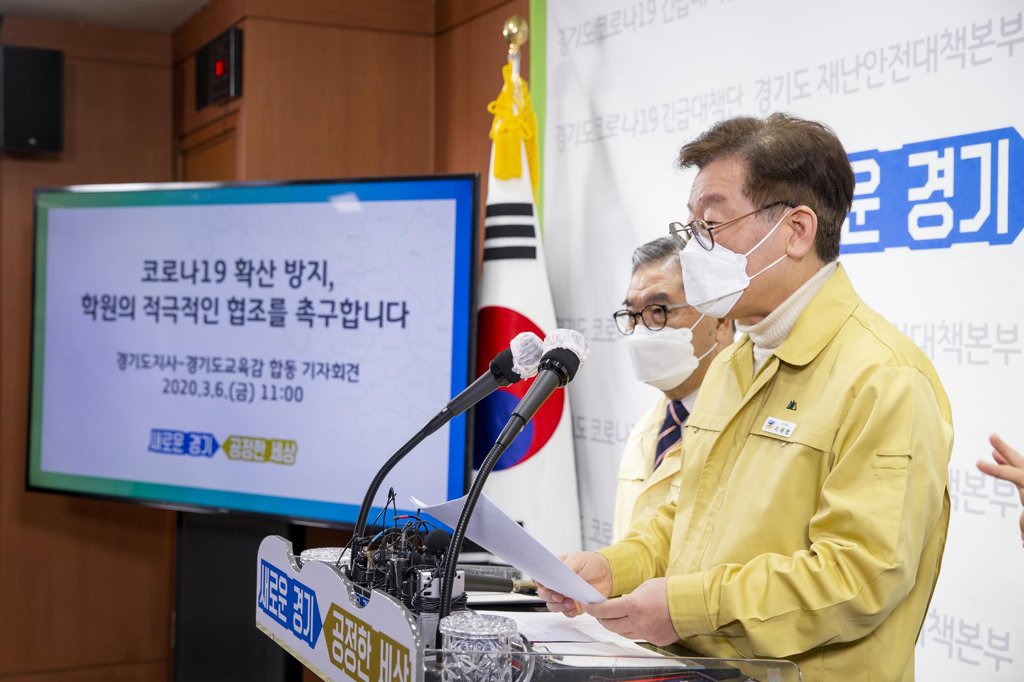