WASHINGTON/SEOUL, March 12 (Yonhap) -- U.S. President Donald Trump said Wednesday that his administration may reevaluate the U.S. travel warning on South Korea as the coronavirus situation in the country improves.

Trump made the remark during an address to the nation held at the White House, after announcing a ban on travel from Europe, except the United Kingdom, to the United States for 30 days starting Friday at midnight.

"At the same time we are monitoring the situation in China and South Korea, and as their situation improves, we will reevaluate the restrictions and warnings that are currently in place for a possible early opening," he said. 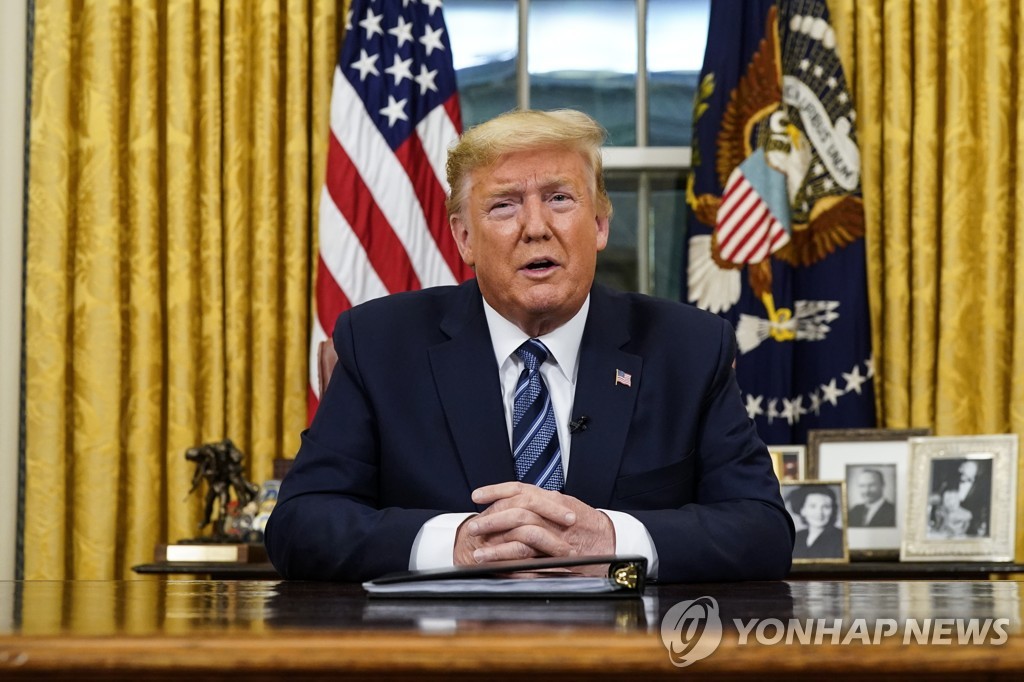 The address was watched closely in South Korea for possible travel restrictions on the country, following a series of travel advisories issued by the State Department last month.

The department issued the highest-level travel advisory for Daegu, where the majority of cases in South Korea have been reported, urging Americans not to travel there. The rest of South Korea has been under the second-highest level advisory, which calls for reconsidering travel to the country.

Trump delivered the address as South Korea reported 114 new infections, the lowest number of daily infections in more than two weeks, bringing the nation's total to 7,869. The U.S. has reported more than 1,300 cases.

Soon after the president's remarks, Defense Secretary Mark Esper announced a 60-day travel restriction for service members, Department of Defense civilians and families traveling to, from or through locations classified as Level 3 by the U.S. Centers for Disease Control and Prevention.

South Korea has been issued the highest Level 3, together with Italy, China and Iran. The restriction, effective Friday, will limit the movement of some 28,500 American troops stationed in South Korea.

A foreign ministry official in Seoul welcomed Trump's mention of the possible reevaluation of the U.S. travel warning on South Korea as "encouraging." But he cautioned against "excessive optimism" and pledged to step up Korea's quarantine efforts.

"The U.S. position is that it will weigh all possible options to curb the spread of the virus," the official told reporters on condition of anonymity.

"Thus, we need to further strengthen our own quarantine efforts and keep a watch on the international trends (related to the outbreaks)," he added.

Trump also announced economic relief measures for workers and small businesses affected by the outbreak, saying the country was not in a financial crisis. 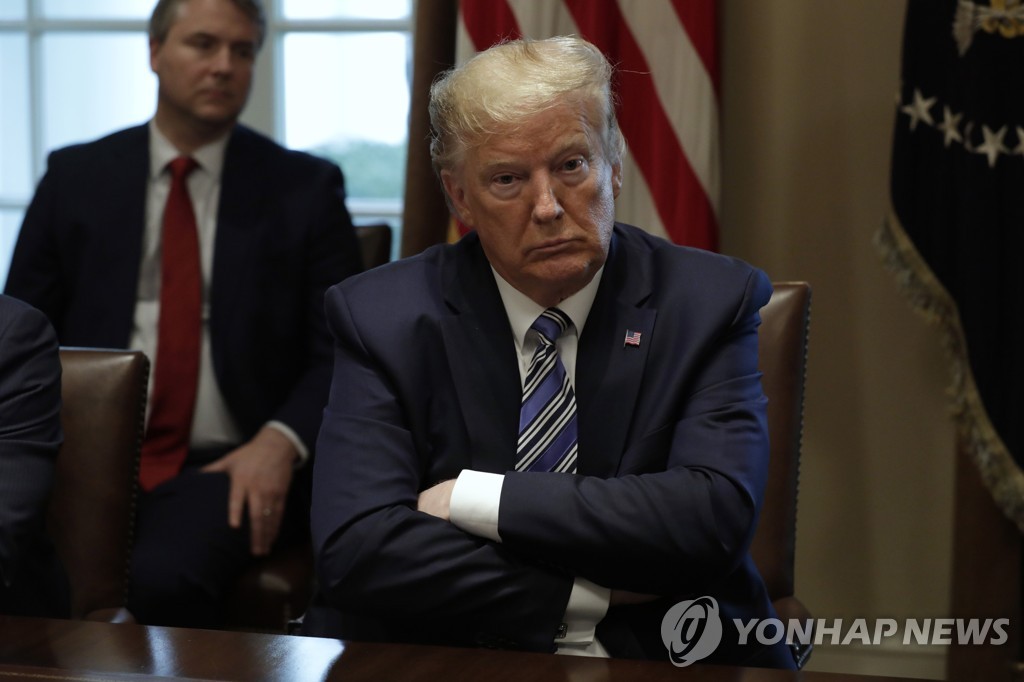