The number of COVID-19 cases linked to a Seoul call center has reached at least 100 as the biggest cluster infection in the capital and its surrounding metropolitan areas, home to some 2.5 million people.

Prime Minister Chung Sye-kyun expressed concerns about potential "super transmissions" of the virus in Seoul and its neighboring areas, where about half the country's population live.

"We need to focus on quarantine capabilities to prevent the occurrence of cluster infections and curb the spread of the outbreak," Chung said at a pan-government meeting on the new coronavirus.

He called for "swift and bold" actions by the central and local governments and the medical sector to contain the spread of the epidemic.

South Korea has reported a caseload of 7,755 since the outbreak began on Jan. 20 here. Nearly 90 percent of the infections were reported in the southeastern city of Daegu and neighboring North Gyeongsang Province.

The World Health Organization declared Wednesday that the COVID-19 crisis is a pandemic. 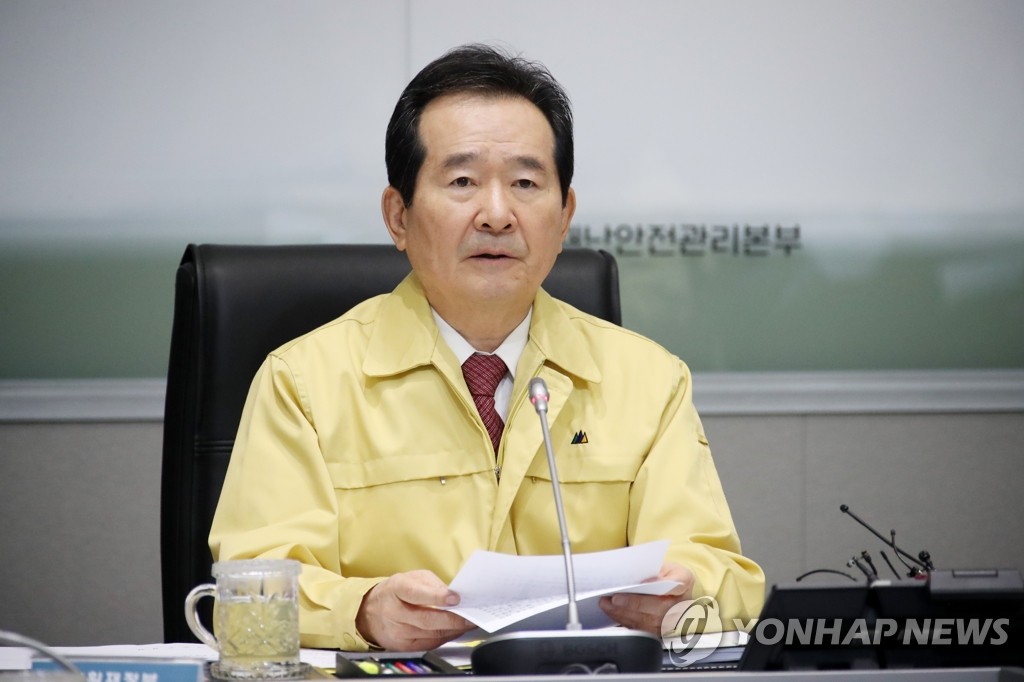