SEOUL, March 12 (Yonhap) -- South Korea's central bank said Thursday the economic impact of the new coronavirus will likely be greater and also last longer than those of other epidemics seen in the past, possibly hinting at a key rate reduction down the road.

"The ongoing crisis is expected to have a greater impact than in the past in that COVID-19 is spreading to other countries while China currently is the world's largest trading and tourism exchange country and plays a critical role in the global supply chain," the Bank of Korea (BOK) said in its report on its monetary policy submitted to the National Assembly.

The BOK is required to produce such a report biannually. 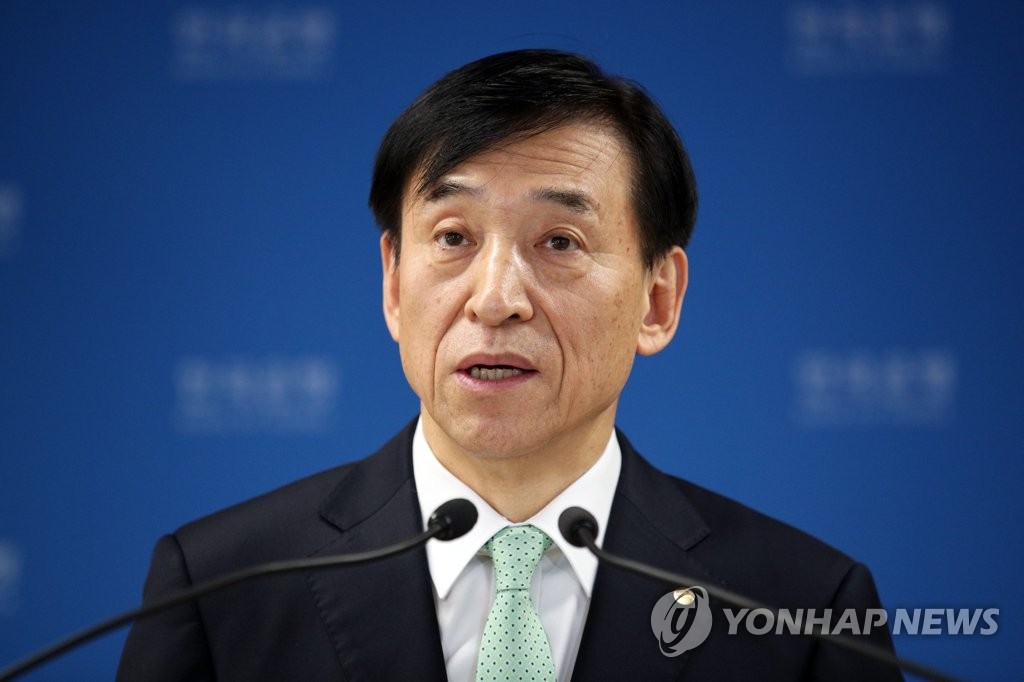 The potentially deadly virus, which originated in China late last year, has so far killed more than 60 people here, mostly elderly people with underlying illnesses, and infected more than 7,700 others.

"The growth trend of the local economy is expected to greatly shrink and then improve gradually once the spread of the contagious disease slows ... The negative impact of COVID-19 is expected to include a drop in the number of foreign tourists and a slump in local consumption," the report said.

The central bank has lowered its growth estimate for the South Korean economy to 2.1 percent from the previous 2.3 percent.

The report suggested the country may have to prepare for a worse scenario.

"Recently, the coronavirus has spread to various other regions, including Europe, and so there is a need to closely monitor the spread of COVID-19 and its impact since the spread may worsen the negative impact COVID-19 will have on our economy," it said.

In its latest rate-setting meeting on Feb. 27, the central bank held the key rate steady at a record low of 1.25 percent, insisting industry-specific support measures may be more effective to address difficulties created by the virus outbreak at least for now.

The BOK again highlighted the need to limit the rise in household debt but said it will maintain an easing stance to accommodate the economy.

"The bank plans to maintain an easing stance since the upward pressure on consumer prices from the demand side is expected to remain weak, while the growth trend of the local economy is expected to be gradual," it said.

The central bank has kept the base rate at the current level since October.

Market expectations for a rate cut grew sharply last week when the U.S. Federal Reserve delivered an unexpected rate cut in its first emergency meeting in over a decade, slashing its own base rate by a half percentage point to a range of 1 to 1.25 percent.

"The BOK will determine the need to adjust the level of its policy easing while closely monitoring changes in financial stability, such as the rise in household debt, the impact of the coronavirus on local and global economies and the monetary policy initiatives of key economies," the report said.

BOK officials, however, dismissed the possibility of holding an emergency monetary policy meeting.

"It is difficult to say whether an emergency monetary policy board meeting may be held," said BOK Dep. Gov. Park Jong-seok.

The BOK board's next rate-setting meeting is slated to be held April 9.

The BOK report noted the spread of the disease may also adversely affect the country's exports, especially in the service sector.

"Since Chinese visitors account for a large portion of foreign tourists to the country, the spread of COVID-19 is expected to have a considerably big negative impact on the country's service exports," it said, adding Chinese tourists accounted for 34.4 percent of all foreign visitors to South Korea in 2019.

South Korea's exports had dipped for 14 consecutive months before posting a 4.5 percent on-year increase last month, due partly to a lengthy trade dispute between the United States and China, the world's largest importers of South Korean goods. 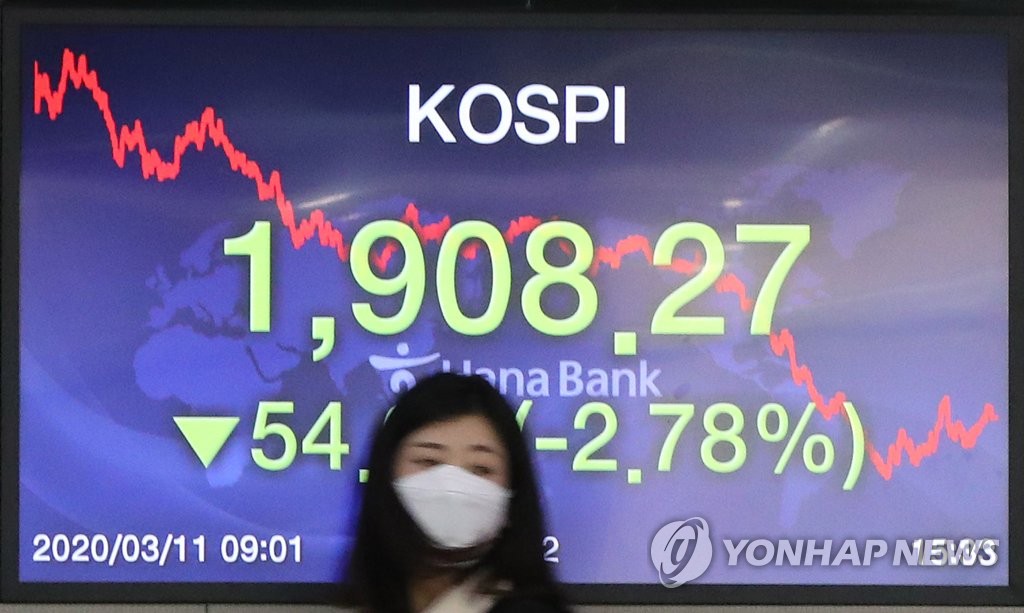 The novel coronavirus is also adversely affecting local financial markets, according to the report.

Foreign investors net sold 5.4 trillion won (US$4.5 billion) worth of local stocks between Jan. 21, the day after South Korea reported its first infection case, and end-February, it said.

They again dumped a net 3.3 trillion won in just six trading sessions since the beginning of March, it added.

"The market is reacting sensitively to the spread of the virus ... This reflects market concerns that its negative impact on the real economy may grow as the virus fast spreads at home and abroad," the report said.

(LEAD) Coronavirus to have bigger, longer impact on economy than past epidemics: BOK

(LEAD) Coronavirus to have bigger, longer impact on economy than past epidemics: BOK