SEOUL, March 12 (Yonhap) -- South Korea recorded another drop in its daily new infections Thursday as massive testing of a religious sect's followers in the southeastern city of Daegu, the epicenter of the new coronavirus here, is nearing an end, but concerns are lingering over cluster infections in Seoul and its neighboring areas.

The 114 new cases of the coronavirus, which were detected Wednesday and marked the lowest number of daily infections in more than two weeks, brought the nation's total infections to 7,869.

Wednesday's additional cases, which followed the 242 new cases detected Tuesday, were also far below the daily increases of 500 or more last week.

One more fatality, an 82-year-old man with lung cancer, was reported earlier in the day, but his death has not been included in an official update.

The KCDC said 59 virus patients are in critical condition. The flu-like virus causes a fever, cough, runny nose or headache for most healthy people, but the risk of severe infection is high for elderly people with underlying health problems.

Seoul's confirmed cases rose by 19 to 212, with at least 70 cases linked to a call center in Guro Ward and another 14 cases linked to Eunpyeong St. Mary's Hospital in Eunpyeong Ward. Another 13 cases in Seoul came from an apartment building in Seongdong Ward.

In South Chungcheong Province, which includes the city of Cheonan, 105 of the total 114 patients were tied to a Zumba dance class in Cheonan, the KCDC said.

Clusters of infections account for 80.1 percent of the total confirmed cases as of Thursday. 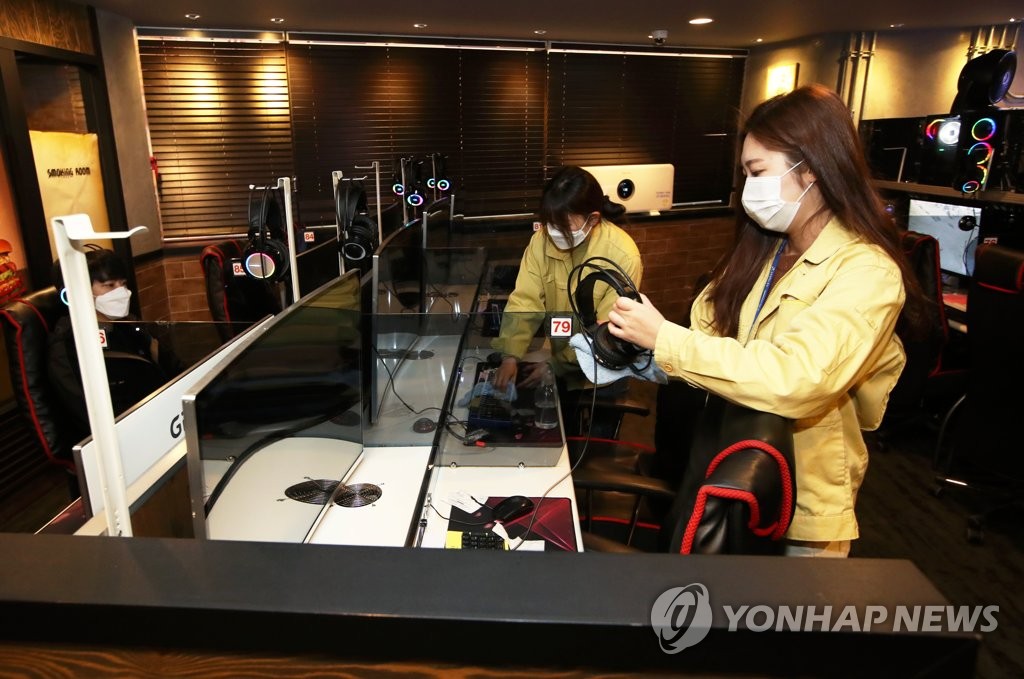 In the largest cluster of infections in Seoul so far, at least 100 people linked to the call center in Guro district had tested positive for the virus as of Tuesday, highlighting concerns about the virus' spread in confined spaces and within the metropolitan area.

Officials in North Gyeongsang said Thursday that a 43-year-old woman in the city of Gyeongsan was declared cured during her self-isolation without medical treatment, the first such case in South Korea.

The woman, who tested positive for the virus on Feb. 29 and has been under self-isolation since then, had shown mild symptoms.

KCDC Deputy Director Kwon Jun-wook said in a briefing that it is "possible" for healthy people to recover from the coronavirus "without medical assistance."

The World Health Organization (WHO) declared Wednesday that the global coronavirus crisis is now a pandemic, as the global death toll neared 4,300 and worldwide infections approached 118,000.

Citing precautions by foreign health authorities, Kwon said the virus can be caught from spending about 15 minutes within two meters of infected people.

The possibility of infection after coming into contact with a virus patient on buses or subways is low, Kwon said.

The number of daily new inflections in Daegu recorded a double-digit increase Thursday, marking the slowest pace of infections since late last month.

Yoon Tae-ho, a senior health ministry official who is in charge of quarantine work, voiced guarded optimism on the situation in Daegu, saying, "If the situation improves like this, Daegu will surely overcome COVID-19 and return to normality."

However, Yoon expressed concerns about community spread in Seoul and its neighboring areas because the cluster at the Guro call center may be untraceable.

Yoon called for citizens in Seoul and its neighboring areas to take precautionary measures against the virus.

Yoon said the government secured 1,200 hospital beds in Seoul and its neighboring areas.

Amid a spike in virus cases in Europe, South Korea raised its guard against imported virus cases. 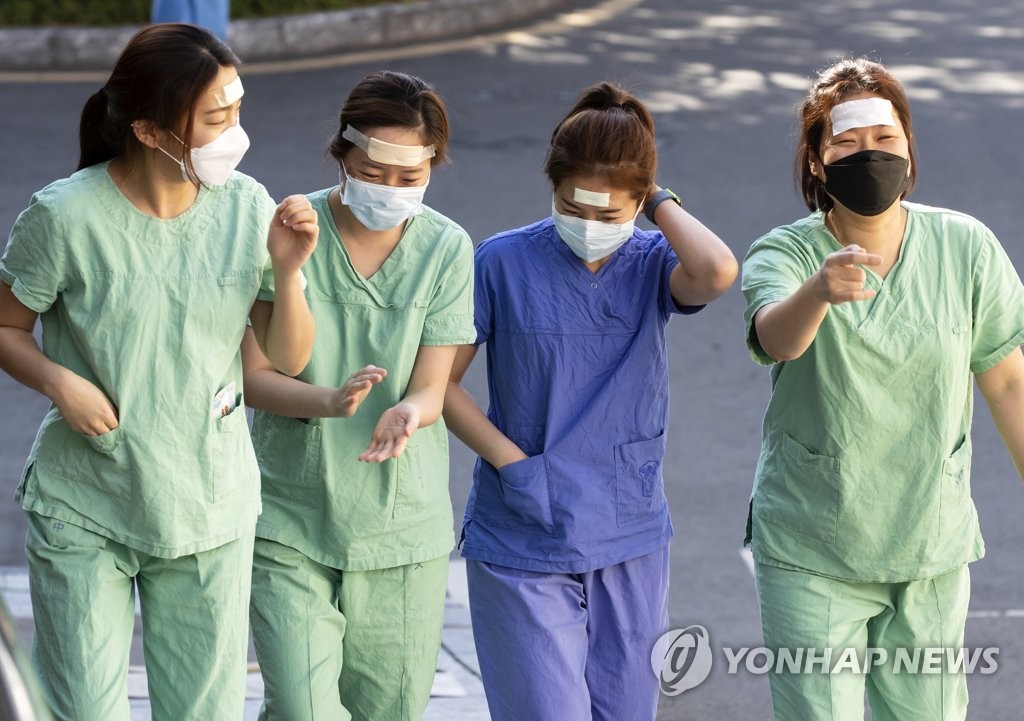 Starting Sunday, all people who arrive in South Korea after visiting France, Germany, Spain, Britain and the Netherlands will be required to get fever checks and submit papers on their health conditions, officials said.

They are required to download a smartphone app that will allow them to be put under supervision if they show symptoms.

Also, the requirements will be applied to all people who arrive in South Korea via Dubai, Moscow and other cities after traveling to Europe in the previous two week.

Although South Korea's new infections have declined, experts warned that the virus may not disappear anytime soon.

"I think there are more people infected with the virus because community spread has been on a rise," said Jung Ki-suck, a professor of pulmonology at Hallym University and a former chief of the KCDC.

Jung expected the infection rate to increase for the time being as the number of confirmed cases rises, but the nation's mortality rate is likely to decline.

Choi Won-suk, a professor of the Infectious Disease Division at Korea University Ansan Hospital, said, "The decline in daily new infections is a good sign, but it does not mean that the epidemic is over."

South Korea had released a total of 333 fully recovered novel coronavirus patients from hospitals as of Wednesday, up 45 from a day earlier, the KCDC said.

The number of people being checked for the virus and under quarantine came to 17,727 as of Wednesday, down 813 from the day before, it said. The country has tested a total of 227,129 suspected cases, with 209,402 testing negative.