SEOUL, March 12 (Yonhap) -- The military reported no additional cases of the new coronavirus among its population Thursday, with the total number of infections standing at 38, according to the defense ministry.

Thirty-three COVID-19 patients are active-duty service members, and the remaining five are civilians working for the military, the ministry said, adding that 21 were in the Army, 13 in the Air Force, two in the Marine Corps and one each in the Navy and a unit under the direct control of the ministry.

Two of them were declared as having fully recovered on Wednesday, bringing the total number of such cases in the military to four, according to the ministry.

As a preventive step, around 2,440 service members are quarantined at their bases. Of them, around 180 have either shown symptoms or had direct contact with infected patients, while the remainder recently visited the southeastern city of Daegu, its surrounding North Gyeongsang Province or virus-hit foreign nations, including China.

As of Thursday, South Korea had 7,869 confirmed cases of the novel coronavirus, including 66 deaths, according to the Korea Centers for Disease Control and Prevention (KCDC). 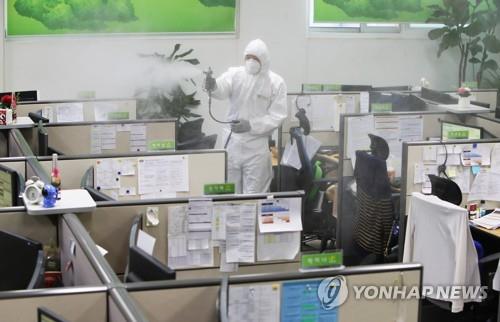 In the wake of the continued spread of the virus across the globe, South Sudan has officially asked South Korea, as well as four other foreign nations, not to send fresh troops for U.N. peacekeeping operations, according to government sources.

The 12th batch of about 300 troops of South Korea's Hanbit Unit had been scheduled to begin shipping out to the African country earlier this week to replace the current contingent. But the ministry here has postponed the rotational deployment amid concerns over the novel virus.

Currently, the African nation does not impose any entry restrictions on those from South Korea, though 116 countries and territories across the globe were implementing such limits or tougher quarantine procedures.

In a move to better support the government's anti-virus efforts, the ministry on Thursday set up a task force involving 40 officials in charge of collecting needs from central and local governments and effectively distributing military resources available.

Currently, around 2,200 service personnel and officials, including over 440 medical staff, are mobilized for medical, quarantine, and other measures at major checkpoints and facilities across the country, the ministry said. 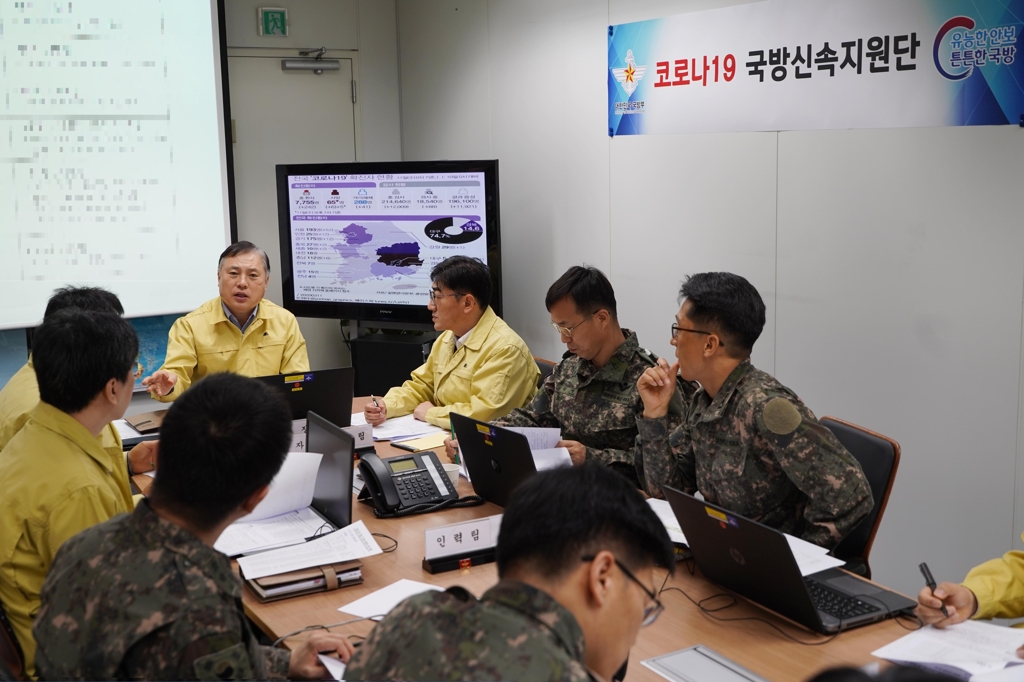 No fresh coronavirus patients reported in military, total at 38

No fresh coronavirus patients reported in military, total at 38