Moon received an emergency briefing on the real economy and the financial market jolted by growing worries about the global spread of COVID-19.

It marked Bank of Korea Gov. Lee Ju-yeol's first official visit to Moon's office since he was reappointed to the post in 2018, which reflects how seriously the government takes the current economic and financial situations.

"Now is an emergency economic situation" not comparable to the MERS crisis in 2015 and the SARS incident in 2003, Moon told them, according to Cheong Wa Dae spokesman Kang Min-seok.

The president was emphasizing that the economy team shouldn't limit policy steps to relevant precedents.

"We can compare it with past cases, but it is a special situation different from then, and we should do unprecedented things," Moon was quoted as adding.

On travel restrictions against South Korea in connection with the COVID-19 outbreak, Moon instructed a review of ways to talk with international agencies so that businessmen with medical certificates can be granted exceptions. 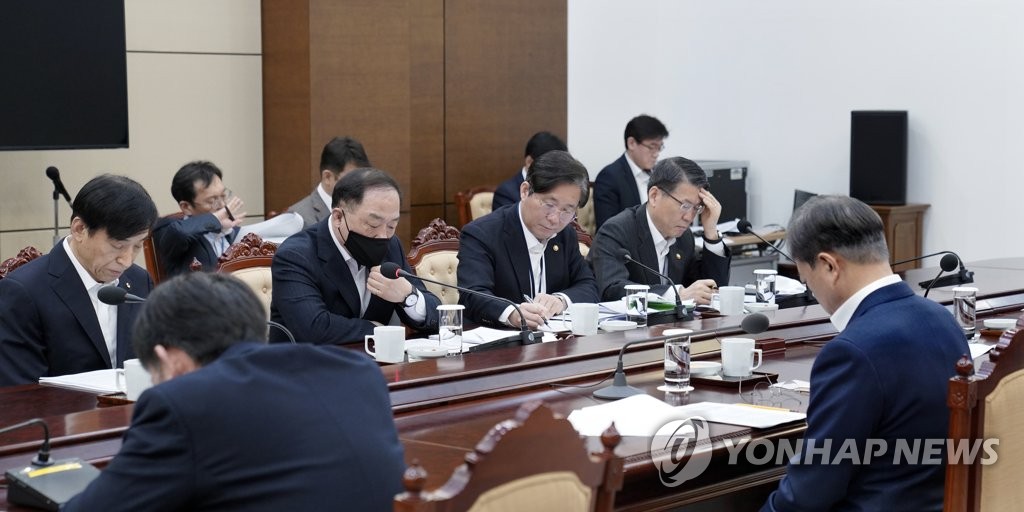 The Moon administration has submitted an 11.7 trillion-won (US$9.55 billion) supplementary budget bill to the National Assembly for use in its fight against the virus and to minimize its economic impact.

The government is under growing pressure to expand the extra budget scale and the central bank is considering whether to hold an emergency session to cut benchmark interest rates.

The country's stock market continued its nose-dive Friday, forcing the stock exchange to temporarily halt trading on the main Kospi bourse and the tech-heavy Kosdaq alike.