SEOUL, March 14 (Yonhap) -- K-pop boy band Stray Kids will make an official debut in Japan next week with a new full-length album, albeit without making an appearance there due to the ongoing entry restrictions between South Korea and Japan.

According to JYP Entertainment, the band's management agency, Stray Kids is set to release a 27-track album, "SKZ2020" simultaneously in South Korea and Japan on Wednesday.

Carrying three singles in Japanese, including "My Pace" and "Double Knot," the album will officially launch Stray Kids in the Japanese music market.

The two aforementioned Japanese language tracks were pre-released separately in Japan on Jan. 31 and Feb. 18, respectively, both topping the Line Music real-time chart.

Other tracks on the ablum include previous releases such as "Hellevator" and "Levanter."

The Japanese debut, however, comes without any local appearance by the band due to the ongoing entry restrictions between the countries over coronavirus concerns.

On Monday, the two countries suspended visa waiver programs for nationals from the other to prevent the spread of COVID-19.

Also on Monday, Japan's new quarantine measures went into force, introducing a two-week quarantine period for travelers coming from South Korea and restricting the landing of flights from Korea to only two airports in Japan.

The border-control measures led to a nosedive in flights between the countries and caused many K-pop musicians to cancel their Japanese arrangements.

"There's no schedule planned for Stray Kids in Japan this month," JYP said, adding that the band may come up with a Japanese event depending on how the situation develops.

The boy band was originally scheduled to perform in Osaka's Maruzen Intec Arena Osaka from March 21-22 as part of its ongoing world tour, "District 9: Unlock," but the concerts were canceled earlier this month in light of the entry restrictions. 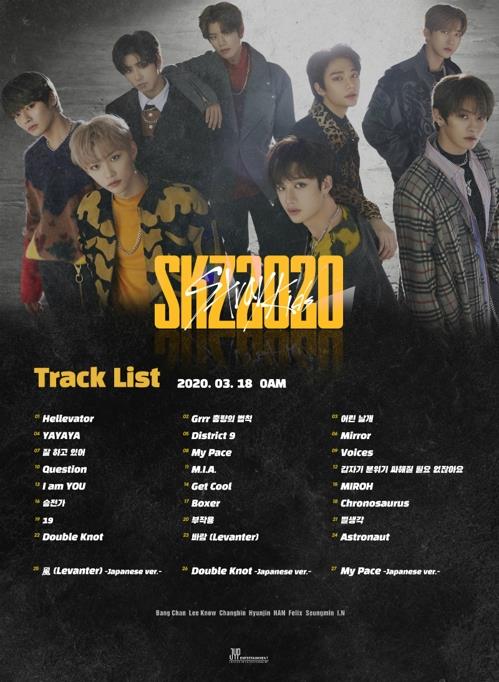