The visit to the main gateway to Seoul was organized to provide foreign countries with a deeper understanding of how Seoul's quarantine process against the novel virus is working, after more than 120 countries took steps to restrict the entry of travelers from Korea over coronavirus fears.

South Korea has been hit hard by the outbreak of COVID-19, which originated in China's Wuhan city, with its infection caseload nearing 8,000 and the death toll at 67.

Foreign diplomats representing 47 countries, including 15 ambassadors, gathered in Terminal 1 and were briefed by Koo Bon-hwan, president of the Incheon International Airport Corp., on how the quarantine procedures are carried out.

They were then guided to take part in and observe the health screening, such as temperature checks and filling out a health questionnaire, the ministry said in a release.

South Korea has adopted such "special entry procedures" for passengers arriving from China, Hong Kong, Macao, Japan, Italy and Iran, as well as five other European countries that were added this week following the rapid spread of the virus in the region.

The briefing was held twice due to higher-than-expected demand from foreign diplomats, an official said.

Seoul has been asking foreign countries to refrain from taking what it calls "excessive" travel restrictions against Koreans, citing the thorough quarantine systems in place to control the movement of the virus and its all-out efforts to stop community spread in the country.

U.S. Ambassador Harry Harris visited the airport on Wednesday to inspect fever checks on passengers heading to the United States. He lauded the process as an "exemplar around the world." 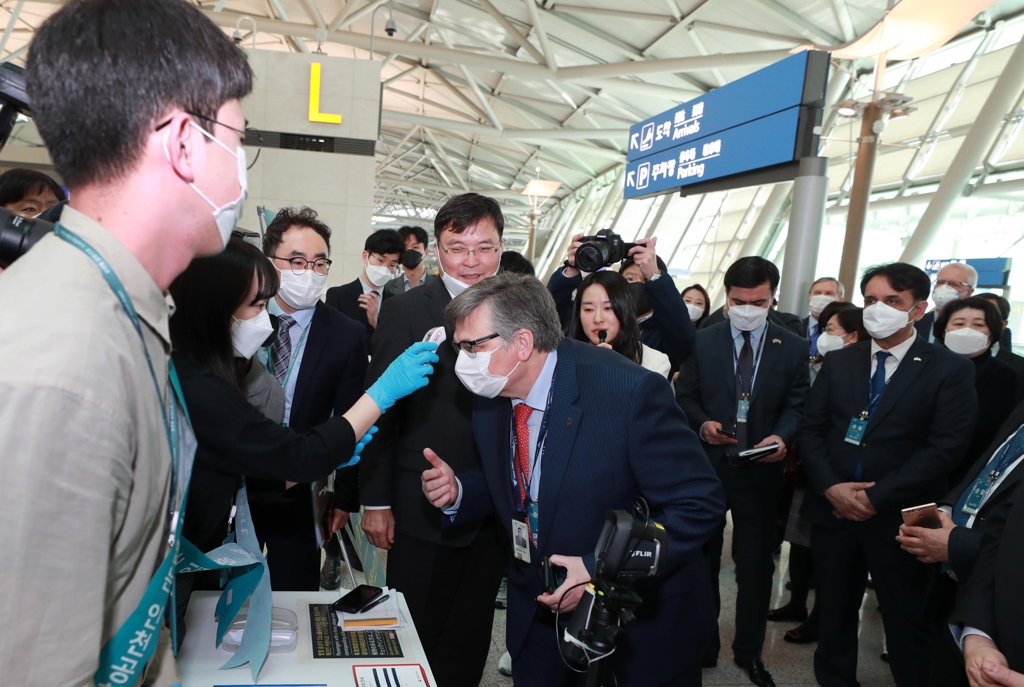