WASHINGTON, March 13 (Yonhap) -- U.S. President Donald Trump on Friday introduced drive-through tests as part of efforts to fight the coronavirus, a week after he questioned the effectiveness of the method widely used in South Korea.

Trump made the announcement during a White House press conference at which he declared a national emergency to fight the growing outbreak in the United States. 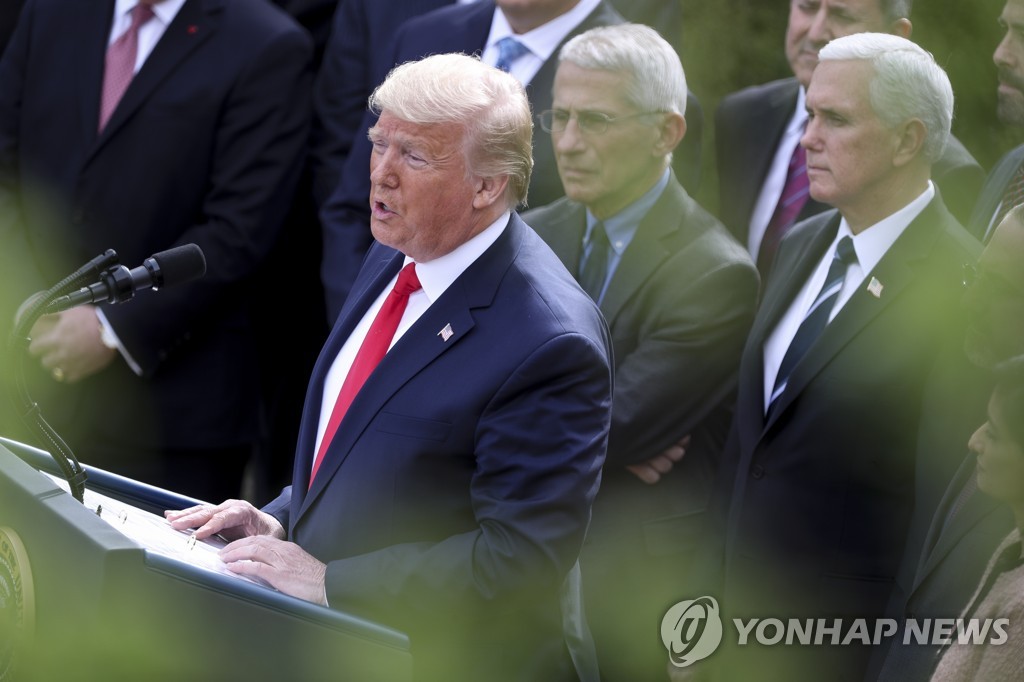 "We've been in discussions with pharmacies and retailers to make drive-through tests available in the critical locations identified by public health professionals," he said. "The goal is for individuals to be able to drive up and be swabbed without having to leave your car."

He thanked Google for help in developing a website where the public will be able to determine whether a test is needed and then be directed to a nearby testing location.

"Our overriding goal is to stop the spread of the virus and to help all Americans who have been impacted by this," Trump continued. "Again, we don't want everybody taking this test. It's totally unnecessary. And this will pass. This will pass through and we're going to be even stronger for it." 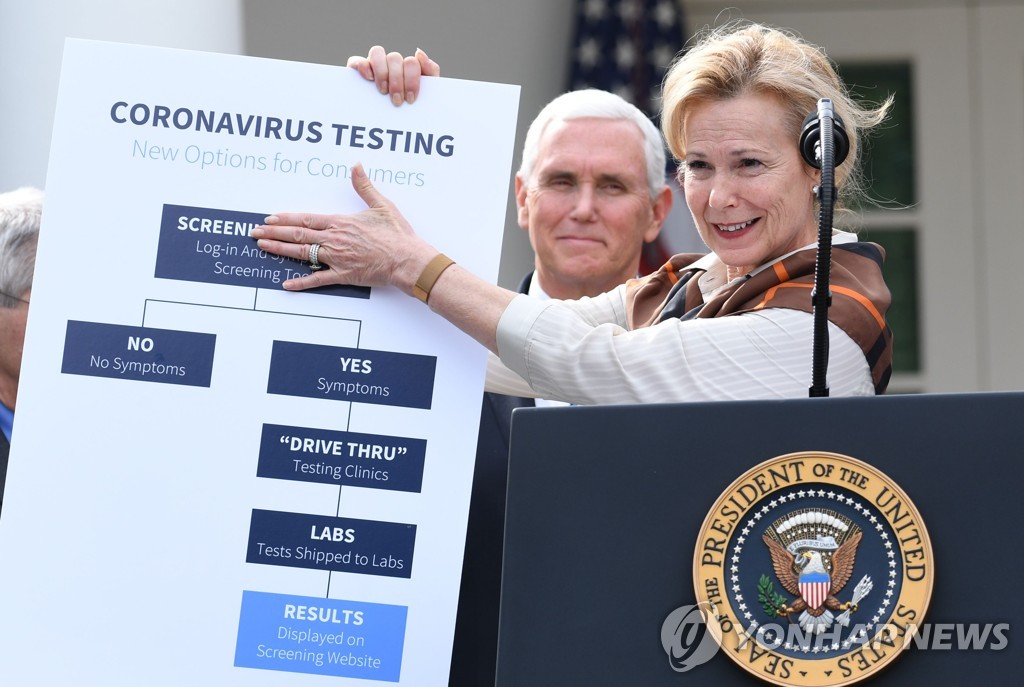 Deborah Birx, the White House coronavirus response coordinator, stepped up to the podium to further explain the procedure with a cardboard diagram laying out the steps.

"I want you to know in South Korea they did have a large number of tests available over the last several weeks," she said. "Their positivity rate is between 3 and 4 percent ... so we want to also announce this new approach to testing."

Once the tests are completed, they will be sent to labs that will provide results in 24 to 36 hours, according to Birx.

"That is the intent of this approach. We have seen it work just in our own United States and we want to bring this across the continent," she said.

Exactly a week ago, Trump was asked by a reporter about South Korea's drive-through centers during a visit to the U.S. Centers for Disease Control and Prevention in Atlanta, Georgia.

"Can we do that? Yeah, we can do that," he replied. "But that's not effective like what we're doing. We're doing the whole thing in one stop. They're doing samples in South Korea. That's a very different thing."

Thursday marked the first time since the Jan. 20 detection of the virus in South Korea that the number of recoveries exceeded the number of new infections in the country. The total caseload stood at 7,979.