SEOUL, March 15 (Yonhap) -- South Korea on Sunday reported 76 new cases of the coronavirus to total 8,162, marking the first time in 23 days the number of new cases has fallen below 100.

It represented the lowest daily increase in the number of patients since Feb. 21, a strong indication that the outbreak is slowing as health authorities ramp up measures to contain cluster infections.

The center said 63 coronavirus patients are in critical condition. 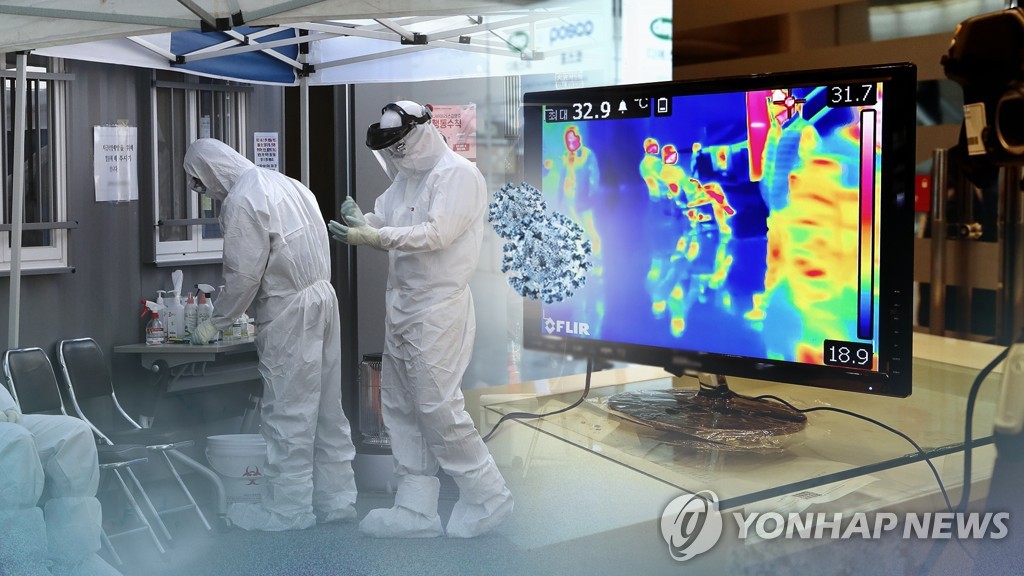 Of the new cases, 41 are in Daegu and four are in North Gyeongsang Province, the KCDC said.

The total number of confirmed cases in Daegu and North Gyeongsang, the two epicenters of the virus outbreak here, stood at 6,031 and 1,157, respectively.

The two regions accounted for roughly 88 percent of the total confirmed cases here.

Infection cases in the capital Seoul rose by nine to 247, and surrounding Gyeonggi Province reported 11 new cases for a total of 211.

The number of patients released from quarantine moved up 120 to reach 834.

The pace of daily new infections has shown signs of slowing in recent days as health authorities completed extensive testing of 210,000 Shincheonji followers who are at the center of the rapid spread.

The church members account for 61.3 percent of the total cases.

The KCDC said it believes that Shincheonji-related cases have mostly been identified.

Authorities, however, are still on high alert over new clusters of infections, including at a call center in Seoul's Guro district and the country's government complex in the administrative city of Sejong.

The KCDC said some 80 percent of the total outbreaks in the country were cluster infections. Investigations are under way for the remaining 20 percent, it added.

South Korea's oceans ministry based in the central city of Sejong, around 130 kilometers south of Seoul, reported another new coronavirus case among its staff Sunday, raising the number of cases from the ministry to 27. Two other family members of the workers were infected as well.

The total number of infections from Sejong came to 39, with the figure also including patients from the health, education and veteran ministries.

A total of 124 cases in Seoul, Incheon and Gyeonggi Province were linked to the call center, up nine from a day earlier, according to the latest data provided Sunday.

The country, meanwhile, began enforcing tougher anti-coronavirus quarantine procedures for travelers from France, Germany, Spain, Britain and the Netherlands on Sunday as the virus is spreading quickly through Europe.

Tougher regulations could be applied for other countries depending on the situation, officials said.

"It seems the number of patients will increase further in many European countries. In that case, we will diversify and expand regions (subject to tougher quarantine regulations)," KCDC Deputy Director Kwon Jun-wook said.

"There's no need for people to question the accuracy at all," Kwon added, saying South Korea is following the guidelines of the World Health Organization to test patients for the virus. 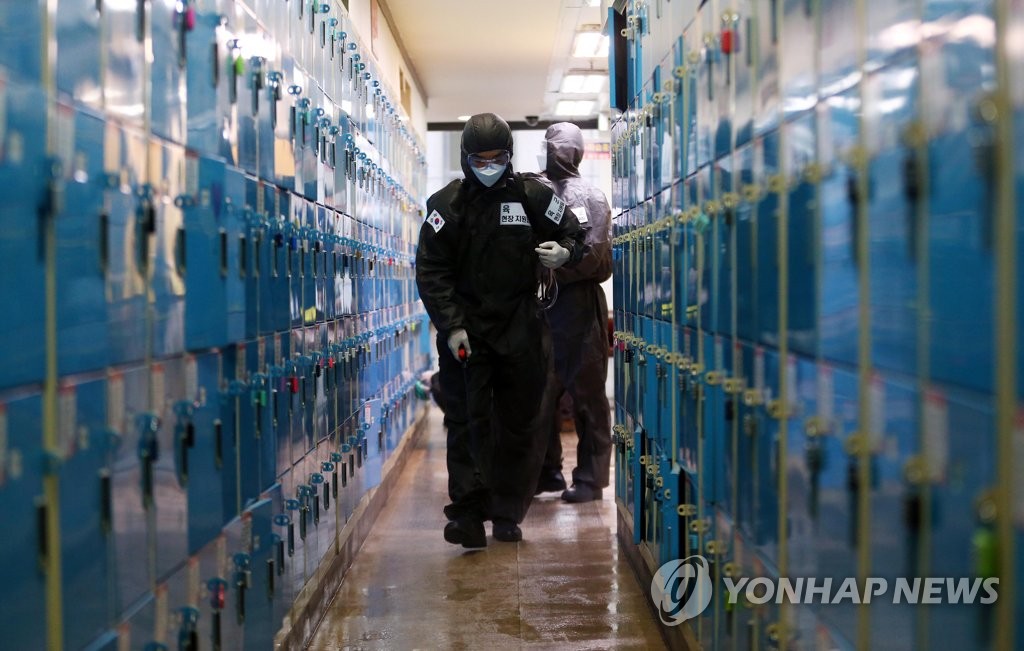