SEOUL, March 15 (Yonhap) -- Prime Minister Chung Sye-kyun on Sunday urged lawmakers to promptly approve the extra budget bill of 11.7 trillion won (US$9.6 billion) currently pending at the parliament, amid the growing concerns over the economic fallout from the spread of the new coronavirus.

"South Korea will actively review further necessary measures by closely monitoring the economic situation," Chung said during a meeting with related ministers. "We also urge the National Assembly to promptly pass the extra budget bill to revitalize the nation's economy."

The government suggested an extra budget bill on March 4 in line with its efforts to minimize the economic damage from the global spread of the new coronavirus. 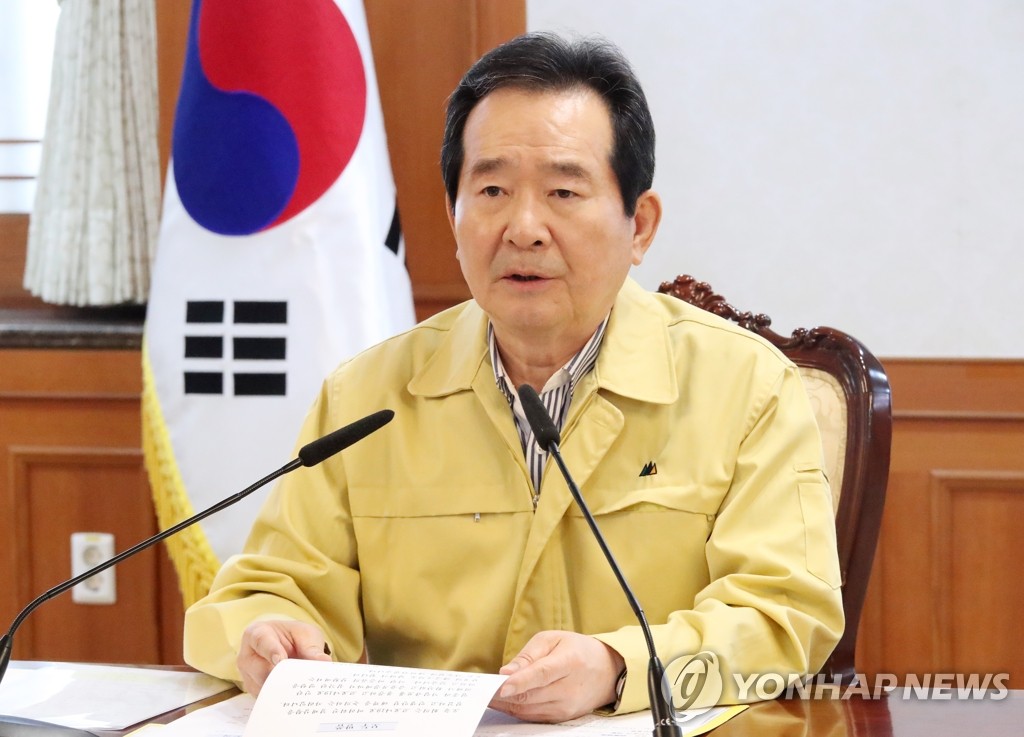 The government also earlier decided to allocate 20 trillion won to fight the spread of COVID-19, seeking to raise a total of 32 trillion won to brace for a possible hard-landing of the economy from the epidemic.

Chung said South Korea will provide tax deductions for businesses hurt by the coronavirus and seek to lift regulations and induce the private segment to expand their investment.

He also said the government will make efforts to expand communication with trade partners as well, as a growing number of countries are imposing an entry ban for travelers from coronavirus-hit South Korea, which emerged as a major business hurdle for local exporters.

The country reported 76 new cases of the coronavirus to total 8,162, marking the first time in 23 days the number of new cases has fallen below 100.