SEOUL, March 16 (Yonhap) -- The new album by K-pop boy band NCT 127 debuted at fifth on the Billboard 200 albums chart this week, the band's strongest feat on the chart, the music magazine said Monday.

The latest album earned 87,000 equivalent album units in its first week after getting a boost from an array of merchandise and album bundles, and a concert ticket and album sale redemption offer with its upcoming tour, according to Billboard.

The new chart dated March 21 will be fully updated on the Billboard website Tuesday (U.S. time).

The latest feat marks NCT 127's first hit of the Billboard 200 top 10, and the band's second album on the albums chart following "NCT #127 We Are Superhuman."

With this achievement, NCT 127 became the fourth K-pop band to hit the Billboard 200 top 5. BTS has topped the chart four times, while SuperM has achieved Billboard 200 No. 1 once last year. Last month, Monsta X's first English album, "All About Luv," debuted at No. 5.

For the upcoming Billboard 200 chart dated March 21, BTS' latest album, "Map of the Soul: 7," ranked eighth in its third week on the chart after debuting atop it. 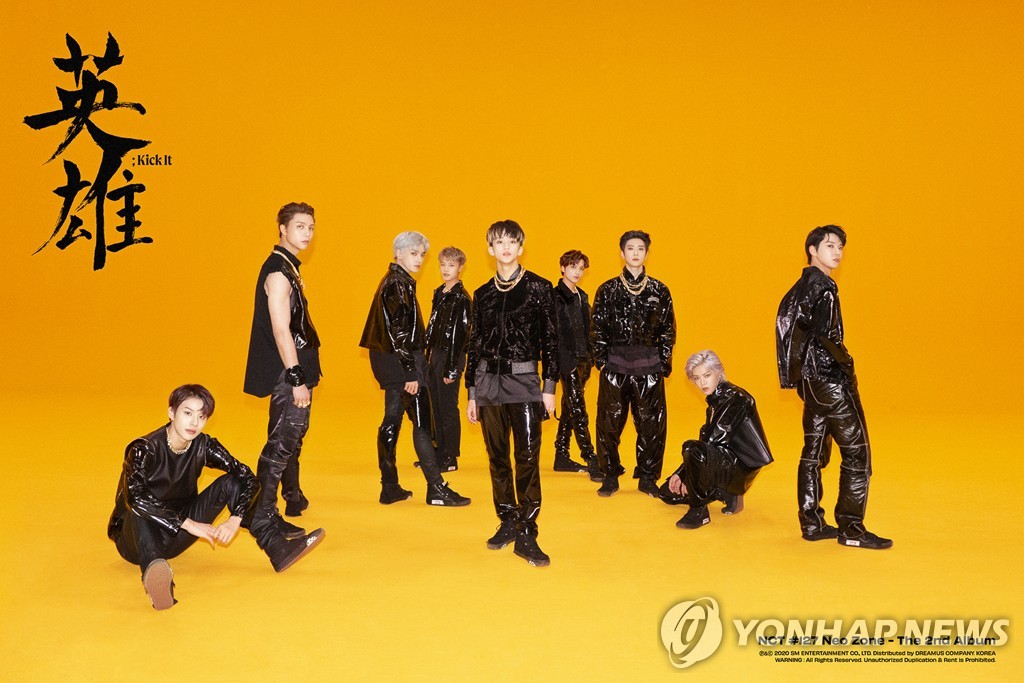