SEOUL, March 16 (Yonhap) -- South Korea will not use Japan's anti-influenza medication, called Avigan, for the treatment of the novel coronavirus due to doubts over its efficacy and potential side effects, health authorities said Monday.

The anti-viral drug developed by the Fujifilm Holdings Corp. has emerged as one of the potential drugs in the race to find an effective treatment for COVID-19 as there is currently no specific treatment.

The Ministry of Food and Drug Safety said it has decided not to import Avigan after a team of infectious disease experts here ruled there is not enough clinical data to prove the drug's efficacy. 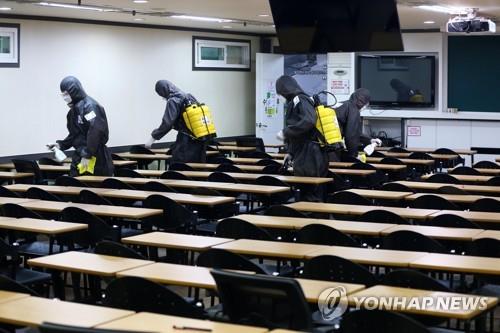 Avigan was approved as a backup drug for reemergent influenza in Japan in 2014. However, it has not been used to treat regular flu because several animal studies showed potential fetal damage.

"Avigan has not only not shown efficacy during test studies but also there is not data on clinical trials conducted on patients," said Oh Myoung-don, an infectious disease expert. "The drug has also shown serious side effects, such as fetal deaths in animal studies."

COVID-19 patients are administered with a therapy called HzVSFv13, an injection type of VSF developed by midsized bio firm ImmuneMed.

So far, most coronavirus patients have been given treatments to relieve their symptoms, while severe patients were given a combination of flu medicine and Kaletra, an anti-retroviral medication that was developed by global pharmaceutical firm AbbVie Inc. and is used to treat HIV.