The 74 new cases, which were detected Sunday, brought the nation's total infections to 8,236, the Korea Centers for Disease Control and Prevention (KCDC) said.

Three more fatalities, including a 71-year-old man with lung cancer, were reported earlier in the day, but they have not been included in an official update.

The KCDC said 59 virus patients are in critical condition. The flu-like virus causes a fever, cough, runny nose and headache for most healthy people, but the risk of severe infection is high for elderly people with underlying health problems.

In South Korea, the virus has preyed on the elderly and already sick people. The KCDC said 70.6 percent of deaths were in their 70s and above. Another 18.7 percent of fatalities were in their 60s. No death from a virus patient younger than 29 has been reported.

To better shield elderly people from the virus, KCDC Director Jeong Eun-kyeong called for elderly people to stay indoors "as soon as possible" and refrain from visiting crowded places.

Also, people should refrain from visiting hospitals and nursing homes to meet their parents or loved ones, Jeong said.

As people around the world have braced for life under the pandemic, Jeong said people in South Korea must prepare for "everyday containment" measures against a "prolonged war" on the virus.

"The growth pace of daily new inflections has been on a decline, but sporadic cases have continued to emerge," Jeong said.

"To cope with a prolonged war, we must prepare for new everyday life where following containment measures in life should be taken for granted," Jeong said.

It took about 15 days on average for a person to be released from isolation after testing positive for the virus, the KCDC said.

While Daegu and North Gyeongsang still account for the majority of daily new infections, cases of community spread with unknown origins, mostly cluster and sporadic outbreaks, are gradually on the rise.

Seoul's confirmed cases rose by six to 253, with at least 79 cases linked to a call center in Guro Ward and another 14 cases linked to Eunpyeong St. Mary's Hospital in Eunpyeong Ward. Another 13 cases in Seoul came from an apartment building in Seongdong Ward. 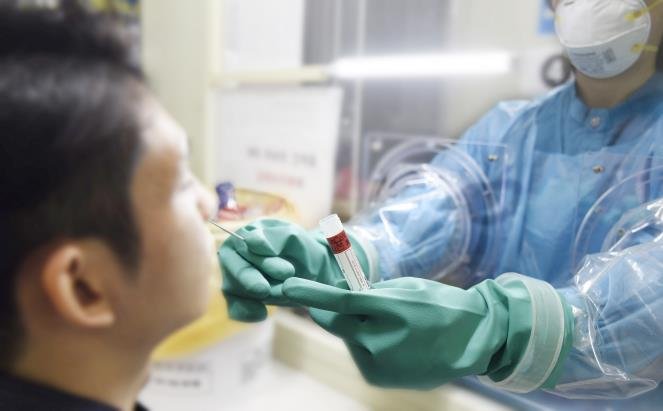 In South Chungcheong Province, which includes the city of Cheonan, 104 of the total 112 patients were tied to a Zumba dance class in Cheonan, the KCDC said.

Clusters of infections account for 80.7 percent of the total confirmed cases as of Monday, meaning that people can contract the virus if they are in crowded places.

A total of 46 people who are tied to a church in Seongnam, south of Seoul, have tested positive for the virus, the KCDC said.

As the spread of the virus shows little signs of a let-up in Europe and the Middle East, Prime Minister Chung Sye-kyun said the government would tighten border checks for all travelers from France, Germany, Spain, Britain and the Netherlands.

The stricter immigration procedures require international travelers to get fever checks and submit papers on their health. They are required to download a smartphone app that will allow them to be put under supervision if they show symptoms.

A total of four imported cases of the novel coronavirus in South Korea have been confirmed, including three patients who traveled to European countries and tested positive for the virus last Saturday, Kim said.

Many experts expected the government to extend school breaks another two weeks to early next month.

Kim said, "It is not the stage where we talk about easing of social distancing."

Kim also hinted that school breaks may be extended, saying, "If schools open, they could become a connecting link to expand local transmissions.

"To help halt the spread of COVID-19 in local communities, social distancing should be put in place over the next two or three weeks," Kim said. 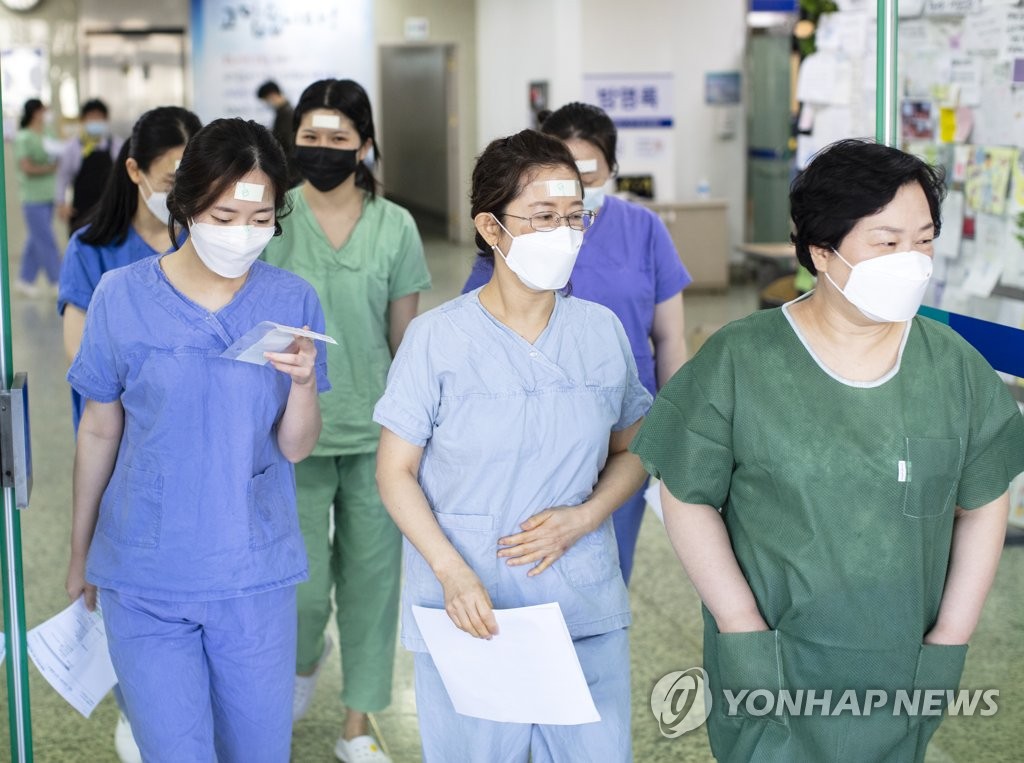