SEOUL, March 16 (Yonhap) -- Uncertainty is escalating over first-quarter corporate earnings in South Korea due largely to the global spread of the new coronavirus, a report said Monday.

The consensus operating income of listed firms, for which three or more earnings estimates are available as of Thursday, is estimated to reach 28.2 trillion won (US$23.1 billion) for the January-March period, down 4.8 percent from an estimate a month earlier, according to the report from Daeshin Securities Co.

The latest forecast also represents a 1.5 percent decline from a week earlier, Daeshin Securities said, without disclosing how many listed companies the figure covers.

Hotel operators and leisure companies have suffered the biggest drops in their first-quarter operating income, hammered by the outbreak of the novel coronavirus, dubbed COVID-19. 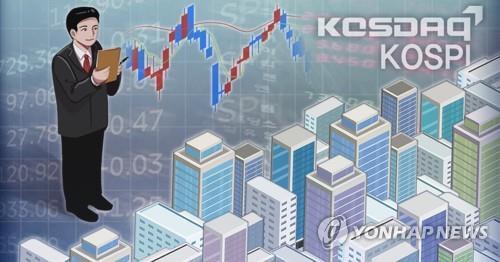 In particular, Hotel Shilla, a luxury hotel chain affiliated with South Korea's top conglomerate Samsung Group, is estimated to have seen its duty-free sales shrink on-year in February, with negative growth threatening to last till April, the securities firm said.

The flu-like disease is fast spreading in Europe and the United States, though the number of new infections continues its downtrend in South Korea. Last week, the World Health Organization declared the novel coronavirus a pandemic.

As of Monday, South Korea reported more than 8,200 infections of the respiratory virus that emerged in China late last year, with the death toll reaching 75.

The brokerage house also forecast home electronics giant LG Electronics Inc. to keep up its good earnings in the first quarter thanks to disruptions in Chinese rivals' production and greater demand for health care products due to the virus outbreak.
(END)