The health ministry said the country currently uses five testing kits based on real-time polymerase chain reaction (RT-PCR) assay methods to check whether a person is infected with the new strain of virus that has spread throughout the world.

The method, recognized to be highly precise, follows the recommendations made by World Health Organization (WHO), the health ministry said.

The assertion comes as some media outlets and social media reported over the weekend that Rep. Mark Green, a Republican from Tennessee, recently argued that U.S. tests kits are more reliable than those used in South Korea.

The lawmaker claimed that South Korean kits only check for immunoglobulin or antibodies and are not accurate. 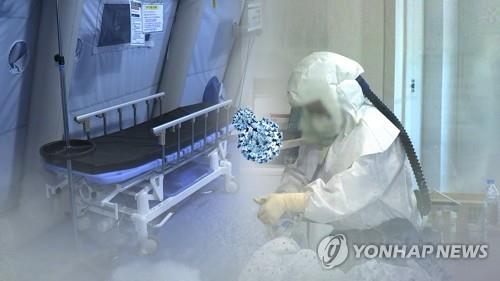 "All tests conducted here that have been authorized make use of the RT-PCR screening and not the immunoglobulin method," Vice Health Minister Kim Ganglip said in a news briefing earlier in the day.

He said that there may have been a misunderstanding about the testing method mentioned by the U.S. legislator.

South Korea has tested 274,504 people since Jan. 3 when the country reported its first confirmed virus case, significantly more than the U.S.

It started providing PCR test kits to frontline private hospitals and screening clinics around the first week of February. The locally used kits take about six hours for the results to be verified, down from over 12 hours in the past, and have been cited as one of the reasons the country has been able to check so many people in a relatively short period of time.

Kim's remarks come after local authorities made clear on Sunday that no country uses the immunoglobulin method to check for COVID-19, including the United States and that the head of the U.S. Centers for Disease Control and Prevention had actually clarified the misunderstanding.

Seoul has said that there has been incorrect information about the accuracy and reliability of diagnostic kits used in the country, particularly on social media, and this fuels worries about the subject.