WASHINGTON, March 16 (Yonhap) -- The U.S. State Department on Monday reiterated its commitment to a "fair and equitable" agreement on defense cost-sharing with South Korea as the two sides are set to continue negotiations this week.

Jeong Eun-bo, Seoul's chief negotiator, will meet with his American counterpart, James DeHart, in Los Angeles on Tuesday and Wednesday for a seventh round of talks on renewing the allies' Special Measures Agreement.

The U.S. has warned that some 9,000 Korean workers on its military bases will be furloughed beginning April 1 if the two sides are unable to reach a deal. 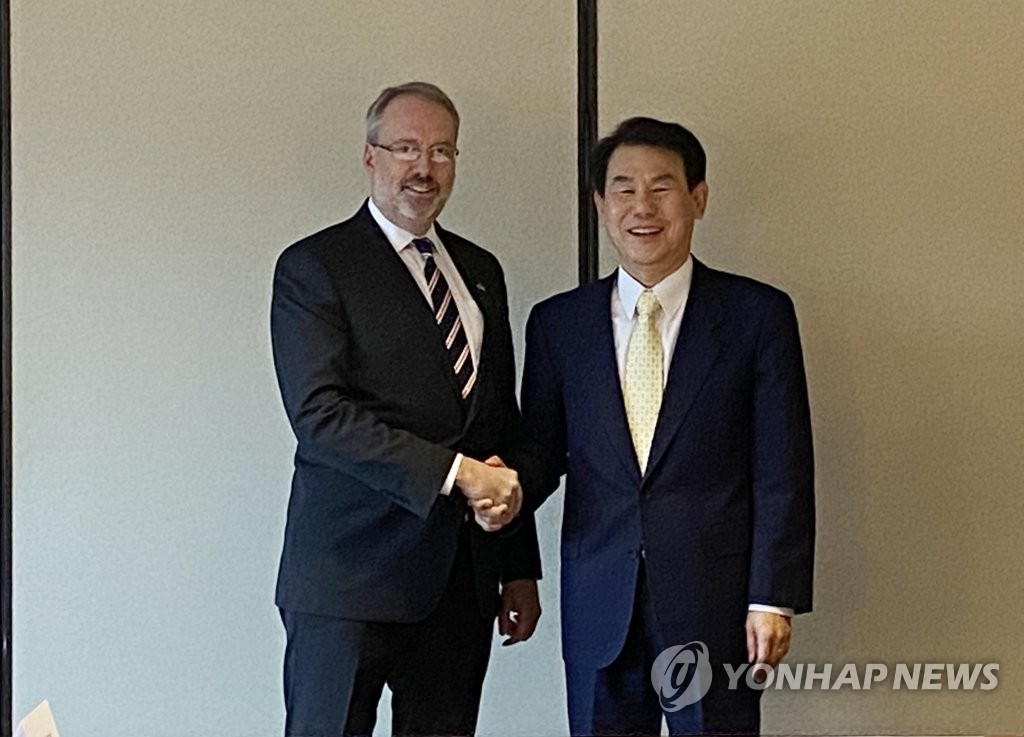 "The United States remains committed to a fair and equitable outcome to the Special Measures Agreement negotiations for both countries that will strengthen and sustain the resilient U.S.-ROK Alliance," a State Department spokesperson told Yonhap News Agency, referring to South Korea by its official name, the Republic of Korea.

"The U.S.-ROK Alliance is strong, and vital for safeguarding peace on the Peninsula as well as stability in the broader Indo-Pacific region," he added.

Under last year's SMA, which expired at the end of December, Seoul agreed to pay some $870 million to help keep 28,500 American troops stationed on the peninsula.

Washington has demanded a significant increase in Seoul's financial contributions and also called for expanding its coverage.

Asked about Seoul's proposal to first settle the issue of wages for Korean workers, the spokesperson reiterated the department's objection to the idea.

"The recent proposal by the ROK to launch a separate negotiation based solely on labor cost sharing would greatly detract from expeditiously concluding a mutually acceptable and comprehensive SMA that addresses all facets of the agreement," he said. "Furloughs may be avoided if the United States and the ROK reach agreement on a more equitable SMA that supports President Trump's view in which allies and partners should cover their fair share of the costs."

Speaking to reporters Monday before boarding his flight from Incheon to Los Angeles, Jeong acknowledged that gaps between the two countries remain.

"I will make efforts for the early conclusion of the negotiations," he said, especially to ensure "stable working conditions" for the Korean workers.