SEOUL, March 17 (Yonhap) -- South Korea recorded daily new infections of the new coronavirus in the double digits for the third straight day on Tuesday, but the daily tally in Seoul and its neighboring areas surpassed that in Daegu and North Gyeongsang Province, the two epicenters of the fast-spreading virus.

The pace of daily new infections has shown marked signs of slowing since the second week of this month as health authorities completed extensive testing of 210,000 Shincheonji followers at the center of the rapid spread, but the authorities are still on high alert over new clusters of infections, including at a call center in Seoul's Guro district and the country's government complex in the administrative city of Sejong.

Other major provinces and cities have also reported some infections, with Seoul reporting 12 additional cases. The total number of imported virus cases rose by two to six.

Three more people who are tied to a Christian church in Seongnam, south of Seoul, tested positive for the virus on Tuesday morning, raising the total number of infections at the River of Grace Community Church to 49, local officials said. 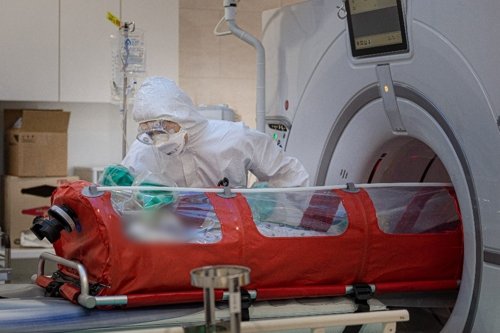 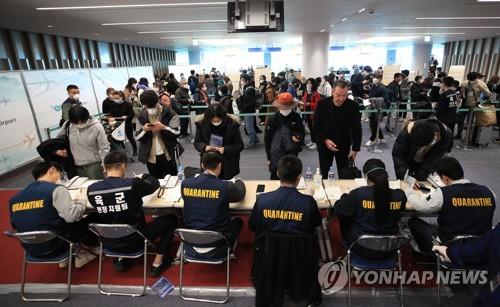