SEOUL, March 17 (Yonhap) -- President Moon Jae-in announced plans Tuesday to establish an "emergency economic council" that will be headed by himself and push for additional bold steps to shore up South Korea's economy in response to the coronavirus pandemic.

The move reflects a growing sense of alarm over what he called "unprecedented emergency economic conditions," which are more serious than the 2008 global financial crisis. Speaking at a weekly Cabinet meeting, he raised the possibility that the impact from the global spread of COVID-19 could be "far bigger" than expected and prolonged.

"Through the emergency economic council, (the government) will make swift decisions on special measures and take powerful steps," he said, instructing the Cabinet to make speedy preparations for the immediate launch of the body. 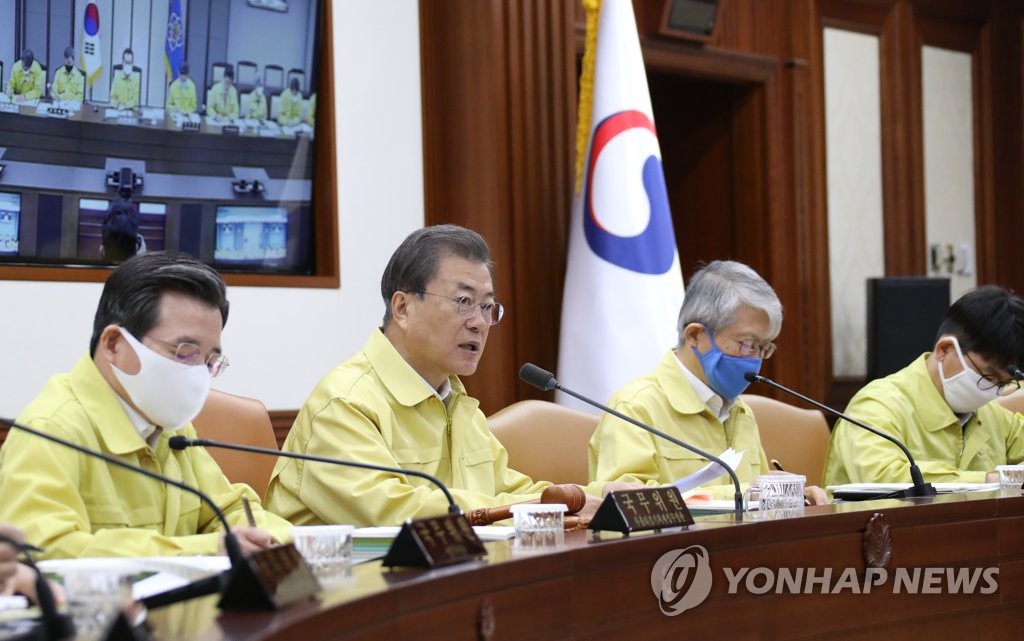 It is expected to serve as the control tower of South Korea's response to the economic crisis in tandem with the central quarantine headquarters focusing on containing the virus.

Moon emphasized the importance of "quick and aggressive special economic measures" to address "literally a phase of combined crises," with the real economy and financial markets suffering heavy blows simultaneously.

"First, since it's an unprecedented emergency, there should be no precedent for countermeasures," he said. "If it is necessary to overcome the current emergency phase, we must overcome any constraints. It's not a time to quibble over this or that."

Moon used the word "emergency" 14 times in his opening remarks made in front of pool reporters.

He said timing matters in responding to a crisis while presiding over the meeting at the government office complex in Seoul. Some Cabinet members joined it via video conferencing from the administrative town of Sejong, 130 kilometers south of Seoul.

Moon also strongly indicated that South Korea would seek a new stimulus package plus a proposed 11.7 trillion-won (US$9.53 billion) extra budget and a 50 basis point cut in the benchmark interest rate earlier this week.

"The supplementary budget is not an end but a start," he said, adding that many point out that it's far from enough. He said there's a growing call for "special support measures on an extraordinary level," with the global economy heading toward a recession.

While continuing efforts to curb the virus spread, he said, the government will have to gear up in earnest for measures to boost consumption and domestic demand on a large scale.

Especially, he stressed the need to provide businesses with timely liquidity support with an emphasis on preemptive steps to prevent economic troubles from spiraling out of control.

Speculation is widespread that the Moon administration may seek a second round of extra budgets in the coronavirus response and even dole out cash to vulnerable families in the form of "basic income." 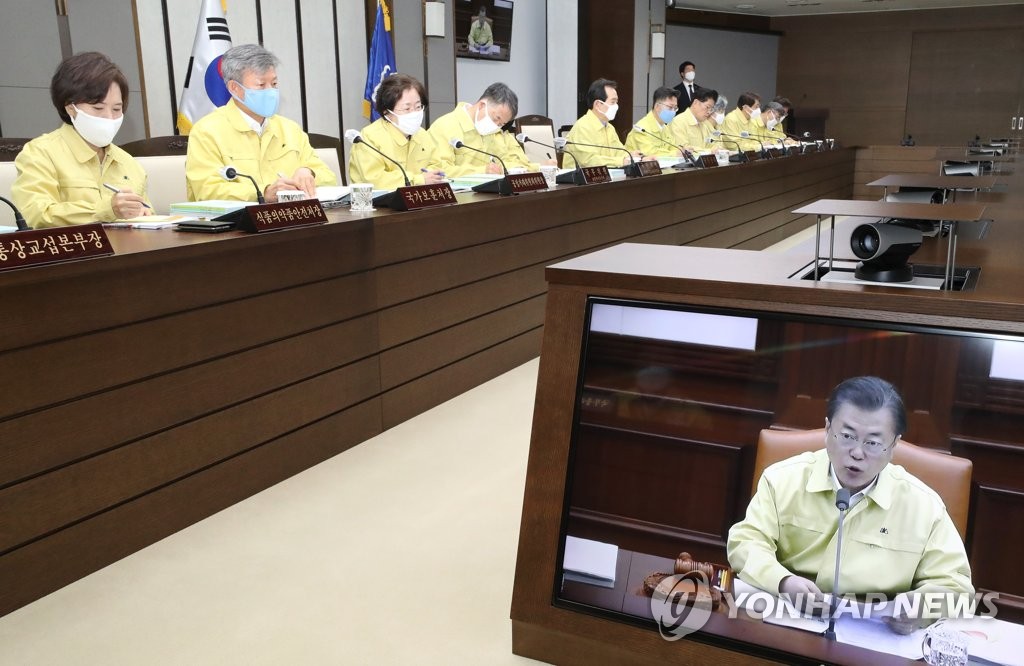