SEOUL, March 17 (Yonhap) -- South Korea said Tuesday it will be postponing the new school year for another two weeks as it fights COVID-19 group infections that have occurred at churches, hospitals and even Zumba classes.

Under the measure, the new school year at kindergartens and elementary, middle and high schools nationwide will begin on April 6, five weeks later than in normal years, according to the education ministry.

Child care centers, which provide care for toddlers and children up to 7 years old, will also close for another two weeks and open April 6, the health ministry said.

"The government judges that while the COVID-19 (outbreak) has entered a downtrend, it is early to let down our guard. It aims to again encourage people to actively take part in 'social distancing' with the school year postponement," the ministry said in a press release.

The ministry also cited feedback from experts and health authorities that raised concerns over infections at schools spilling over to households and other areas of society. It will take at least two to three weeks to see whether schools can safely open, they said.

Education Minister Yoo Eun-hae, however, left room for another rescheduling.

"In the worst case scenario, we may have to again postpone the beginning of the new school year, but (the schedule) may also move forward when the situation gets better." 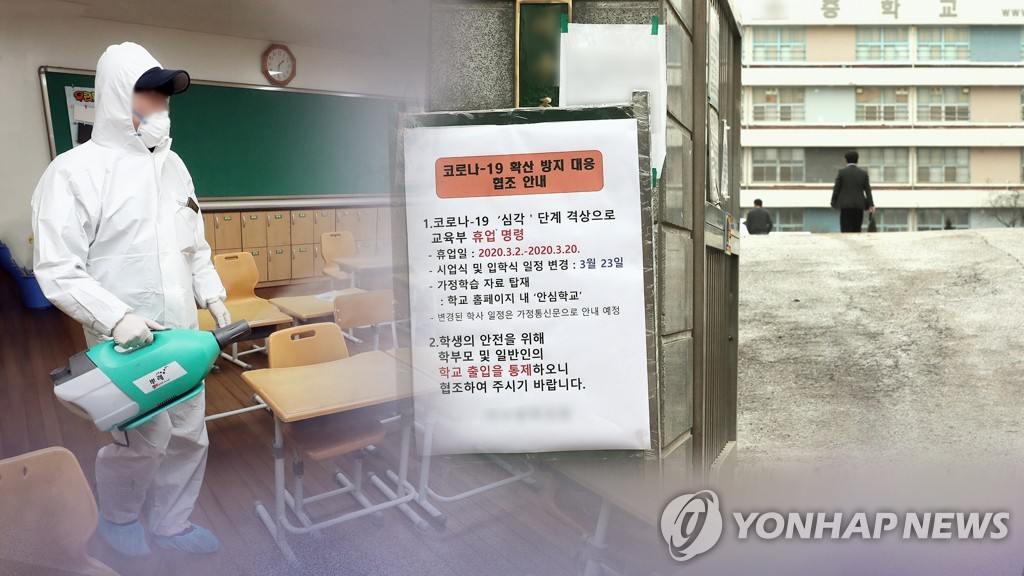 This is the third time the government has postponed the school year as part of anti-virus measures. It was first postponed by a week to March 9, then by two weeks to March 23 on concerns of children contracting the new coronavirus at schools.

The government said it will have to further review the idea of delaying the national college entrance exam. The exam, a key event in high schools here, usually takes place in November.

The latest measure comes amid growing concerns over group transmissions, which account for around 80 percent of all infections reported in South Korea.

While some parents have opposed the rescheduling, citing lack of child care programs and confusion in academic schedules, more parents are calling for further closure until the virus risk passes. 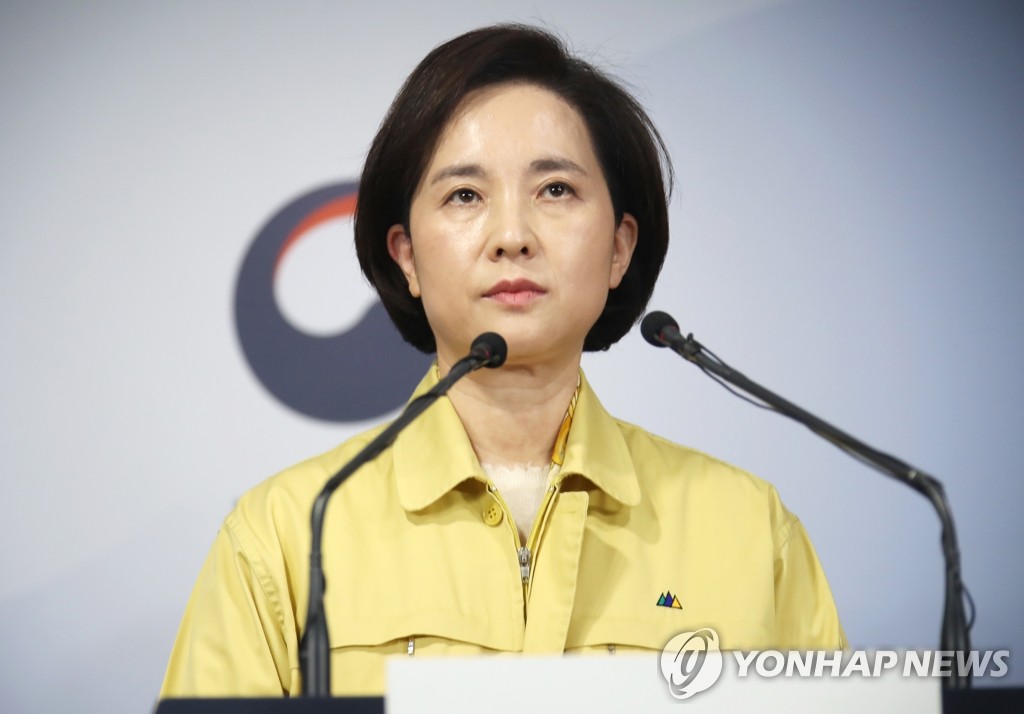 The ministry said it plans to distribute updated guidelines on school quarantine measures and ensure a safe school environment, such as increasing the distance between desks in classrooms, staggering lunch hours and making hand sanitizer and masks available.

To prevent a learning vacuum, the ministry said it plans to expand online classes and provide computers and other hardware to create a stable online education environment for all students.

For parents who cannot look after their children, the ministry said it will continue to provide emergency child care programs at kindergartens and elementary schools until 7 p.m. on weekdays.

The government also urged private-sector education institutions to take part in the anti-virus fight, saying the it will push for other measures if the current situation continues.

Despite concerns over group transmissions among students, many cram schools are still running due to financial reasons or demand among some parents.

Major institutions in Seoul resumed classes on Monday, while the city education office's data showed that more than 80 percent of the cram schools in the affluent Gangnam area are in operation.

South Korea has so far reported 8,320 cases, with the number of new cases falling below 100 for three straight days.