Earlier in the day, the presidential office announced that 51,000 diagnostic kits had been shipped to the UAE in emergency exports as part of the countries' cooperation to fight the new coronavirus.

But Cheong Wa Dae later revised the announcement in response to a contradictory news report.

The presidential office noted virus diagnosis requires two kinds of devices — one for testing and the other for specimen collection.

What the country exported to the UAE was the second one, which is used to collect, store and transport bodily samples to laboratories for tests, the presidential office said.

The government said that a number of countries have called for help from South Korea in fighting the pandemic.

So far, 17 countries have formally requested test or sampling kits from South Korea amid the global attention being paid to the country's rapid testing regime that is apparently behind a lower-than-average mortality rate, according to Cheong Wa Dae.

The shipment to the UAE is part of "important international cooperation" on the pandemic, Cheong Wa Dae said.

The kits arrived in the UAE earlier this week, another presidential official told reporters on condition of anonymity.

"I believe it marks a turning point at which we are embracing a role in helping foreign countries fight the new coronavirus," he told reporters on condition of anonymity.

The official stressed that the Ministry of Food and Drug Safety and manufacturers of the exported kits repeatedly examined the shipments' potential impact on domestic supply to ensure that the exports will not cause any local shortages.

The UAE currently wants to secure more kits, he added.

"I understand that there are discussions between the UAE and local company officials on the possibility of a long-term contract for additional orders," the official said.

The foreign ministry has supported the UAE's efforts to secure necessary kits in consideration of the two countries' special strategic partnership, he said.

Recently, a number of countries, mostly developing nations, have issued calls for the foreign ministry to help their efforts to purchase South Korean-made test kits or receive them free of charge under an official development assistance scheme.

"Various requests have come in and the foreign ministry hopes to help the countries. But the first and foremost consideration for us is that any shipments should not affect domestic supply," the official said.

South Korea has started to gain international recognition for its aggressive containment efforts, which have led to a decline in new infections and a low fatality rate. 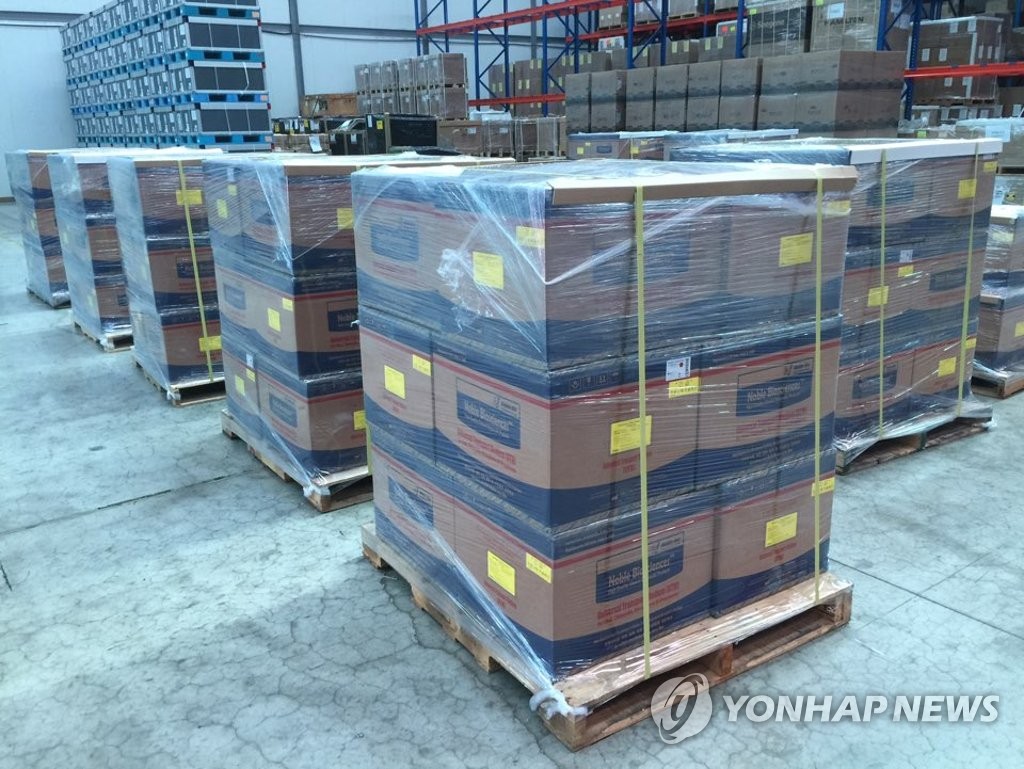