SEOUL, March 17 (Yonhap) -- Protestant churches in South Korea have been under fire for continuing with Sunday services that pose the risk of mass infection amid the country's anti-coronavirus fight.

South Korea on Tuesday reported 84 new cases of the COVID-19, bringing the total to 8,320 and marking the third consecutive day the number was below 100, according to the quarantine authorities. 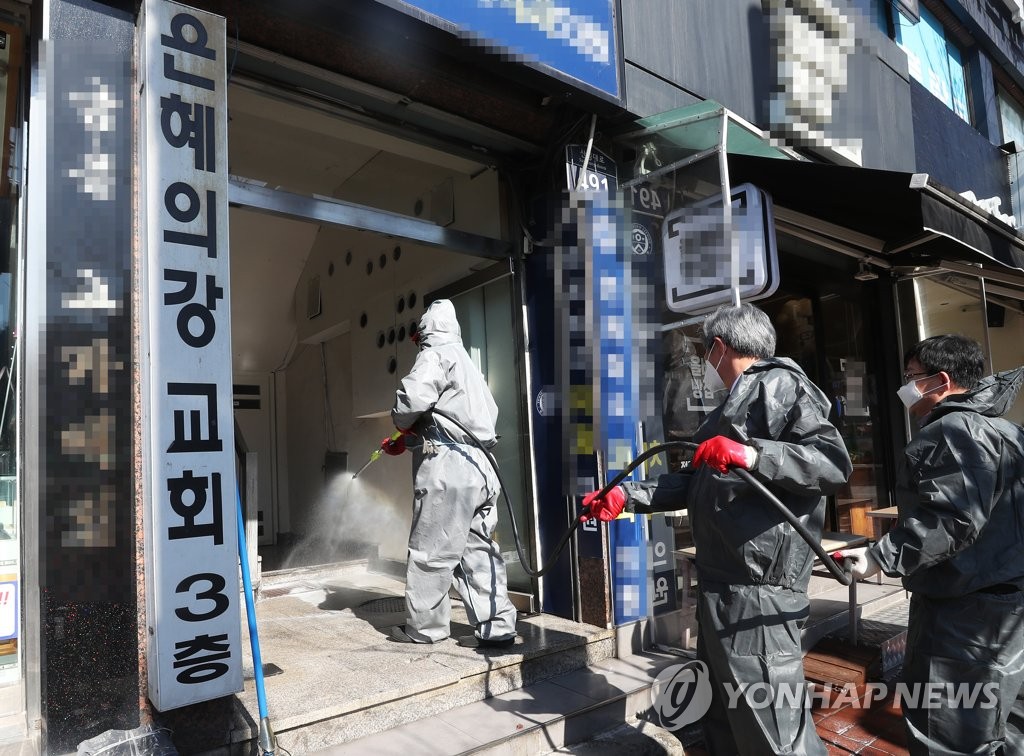 According to recent data, many new infections in the capital region involve the River of Grace Community Church, located in Seongnam on the southern outskirts of Seoul.

A total of 54 people, 52 of them congregants of the church, have tested positive for COVID-19 after six members, including the pastor and his wife, were found to be infected over the past week.

The authorities have been conducting tests on all 135 church followers who attended services on March 1 and 8.

The Seongnam church became the second-largest cluster of infections in the capital area after a Seoul insurance call center, which has so far reported about 130 infections.

Another Protestant church in eastern Seoul is suspected of being the site of another infection cluster in the capital city, after 24 people, including followers, were affected.

To slow the spread of the highly infectious virus, the government has urged the religious community to refrain from holding services and meetings because densely packed religious gatherings in closed spaces are the most likely to lead to virus infections en masse.

The request came as about 60 percent of South Korea's infections are associated with the minor religious sect of Shincheonji.

A Shincheonji church in Daegu, some 300 kilometers southeast of Seoul, has become a hotbed of coronavirus infections since one of its members tested positive in mid-February after attending several services.

Since then, new clusters of infections have emerged from religious events across the nation, including at churches in Busan; Bucheon, just west of Seoul; and Geochang, some 300 kilometers south of the capital.

In response, the Catholic Church suspended all Masses across the country on Feb. 25, and Buddhists have stopped holding public services and events. 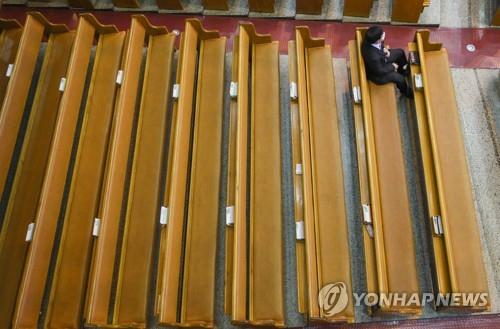 However, Protestant churches have been reluctant to comply with the government recommendation to have online worship on Sundays.

According to the Seoul Metropolitan Government, about one-third of Protestant churches in the capital city held Sunday services over the weekend.

Large big-name churches including Yoido Full Gospel Church in Seoul -- with 560,000 followers, the biggest Protestant church in South Korea -- closed their doors and converted their chapels for online services.

But many mid-sized and small churches like the River of Grace Community Church in Seongnam have refused to go on hiatus since the virus outbreak, sparking harsh criticism over their reckless, intransigent strategy.

Insiders said Protestant churches have no universal, centralized decision-making body like the Catholic Church to order affiliate churches to take action in a consistent and compulsory manner.

Moreover, such small-scale churches largely depend for their weekly incomes on contributions made by members who participate in offline worship, they noted.

According to the pastor of the virus-hit Seongnam church, many financially strapped churches like his cannot afford to switch mode swiftly.

"I'm so sorry for bringing trouble to Korean society and the church," the pastor, who has been hospitalized with the virus infection, said. "But small churches on a tight budget or run by senior pastors can't spend money setting up online streaming infrastructure."

The United Christian Churches of Korea (UCCK), which has major Protestant orders including the Presbyterian Church of Korea, under its wing, complained of the negative social atmosphere around the community.

"Worship is an inviolable value and the goal that the church cannot give up," the UCCK said in a statement released last week, calling the government-led request to cease offline services a "threat."

Amid growing calls for the prohibition of all on-site religious services, however, the South Korean government is taking a prudent approach.

"Some say that it should be cautious when imposing measures to ban all religious events," Vice Health Minister Kim Gang-lip said in a daily briefing on Tuesday. "As freedom of religion is guaranteed by the Constitution, we need thorough review and preparation before enforcing such measures."

He said the government is, instead, seeking ways to provide technical assistance to help churches carry out online broadcasting or map out detailed guidelines on virus prevention.