The 93 new cases, which were detected Tuesday and followed the 84 new cases detected on Monday and 74 on Sunday, brought the nation's total infections to 8,413, the Korea Centers for Disease Control and Prevention (KCDC) said.

So far, 84 people, mostly elderly patients with underlying illnesses, have died in South Korea from the respiratory virus that emerged in China late last year, the KCDC said.

Seven more fatalities, including a 77-year-old person with underlying illnesses, were reported earlier in the day, but they have not been included in an official update.

The KCDC said 58 virus patients are in critical condition. The flu-like virus causes a fever, cough, runny nose and headache for most healthy people, but the risk of severe infection is high for elderly people with underlying health problems.

In South Korea, the virus has preyed on the elderly and already sick people. The KCDC said 71.42 percent of deaths were of people in their 70s and above as of Tuesday. Another 19.5 percent of fatalities were of those in their 60s. No one younger than 29 has been reported to have died. 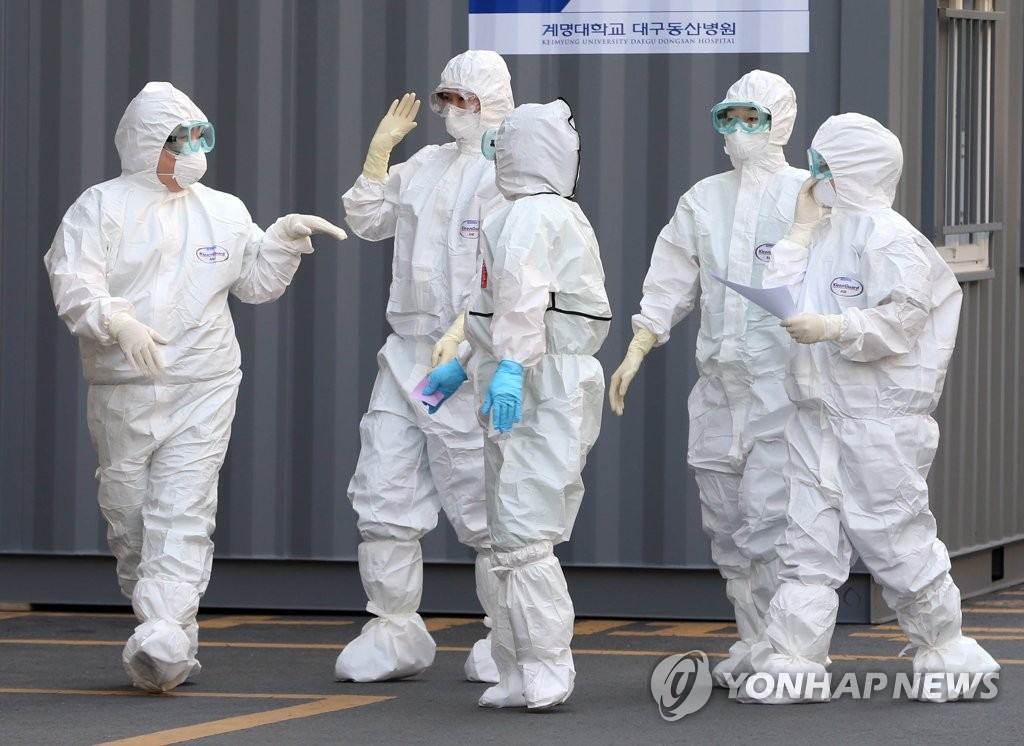 The pace of daily new infections has slowed markedly since the second week of this month as health authorities completed extensive testing of 210,000 Shincheonji followers at the center of the rapid spread, but the authorities are still on high alert over new clusters of infections, including at a call center in Seoul's Guro district and Protestant churches in Gyeonggi Province.

Seoul, Incheon and Gyeonggi Province, which surrounds Seoul and Incheon, saw their new daily infections rise by 21 to 579 on Tuesday.

While Daegu and North Gyeongsang saw signs of stabilization in the number of new virus infections, cases of community spread with unknown origins, mostly cluster and sporadic outbreaks, are on a gradual rise.

Seoul's confirmed cases rose by five to 270, with at least 82 cases linked to the call center in Guro Ward and another 19 cases linked to a Protestant church and an internet cafe in Dongdaemun Ward.

The number of virus cases in Busan was unchanged at 107, with 32 patients linked to a church in the Dongnae district and another eight patients linked to Shincheonji. The 32 patients of the Oncheon church in Busan are connected to the church's three-day retreat that ended on Feb. 17, officials said. It is still unclear how they were infected with the virus.

In South Chungcheong Province, 103 of the total 118 patients were linked to a Zumba dance class in the provincial city of Cheonan, the KCDC said. 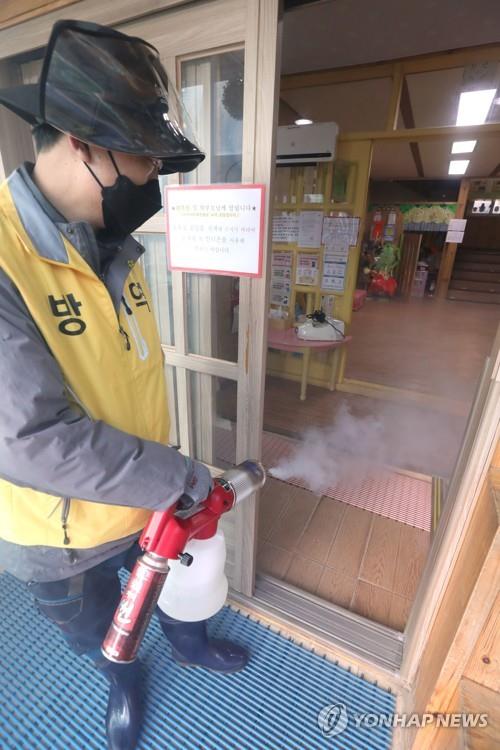 Clusters of infections account for 80.2 percent of the total confirmed cases as of Wednesday, meaning that people can contract the virus if they are in a close environment.

Making it harder for health authorities to contain the spread of the virus, the number of imported virus cases rose by five to 11 on Tuesday.

"As the world braces for the COVID-19 pandemic, the possibility of the inflow (of the virus from overseas) is becoming higher," Jeong said.

With unknown virus sufferers who have not developed symptoms apparently causing significant numbers of infections, the government has called for people to avoid nonessential gatherings in crowded places, such as religious facilities, nursing homes, internet cafes and karaoke rooms.

A new cluster of infections emerged in Daegu, with at least 74 people at a nursing home having tested positive for the virus so far, local officials said.

Yoon Tae-ho, a senior health ministry official who is in charge of containment measures, told reporters that the government advised all social welfare facilities to extend breaks by another two weeks to April 6.

Lee Young-sang, head of Bundang Jaesaeng General Hospital, south of Seoul, tested positive for the virus on Tuesday. The hospital is the site of one of the clusters in Seoul and neighboring areas.

Health ministry officials who attended the meeting, including Vice Health Minister Kim Ganglip, have been in self-isolation at their homes, Yoon said.

Starting Thursday, all people who are arriving from overseas will be subject to stricter border checks to halt the spread of imported virus cases.

Since March 11, passengers heading to the United States from South Korea have been required to get fever checks and other health examinations. If a passenger shows symptoms, authorities could bar the passenger from getting a boarding pass.

Yoon said the government is considering applying to the containment measure to all outbound travelers. 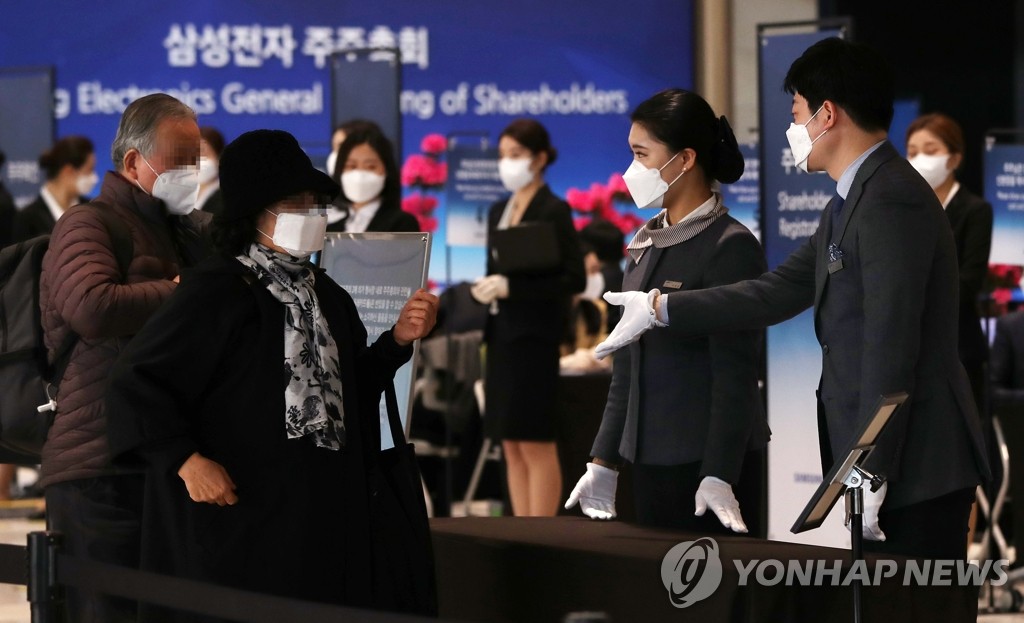 South Korea had released a total of 1,540 fully recovered novel coronavirus patients from hospitals as of Tuesday, up 139 from a day earlier, the KCDC said.

The number of people being checked for the virus and under quarantine came to 16,346 as of Tuesday, down 945 from the day before, the KCDC said. The country has tested a total of 295,647 suspected cases, with 270,888 testing negative.