SEOUL, March 18 (Yonhap) -- Since K-pop band BTS' first No. 1 on the Billboard 200 albums chart in 2018, other K-pop boy bands have entered the top five of the albums chart, pushing the horizon for South Korean pop in the global music market. 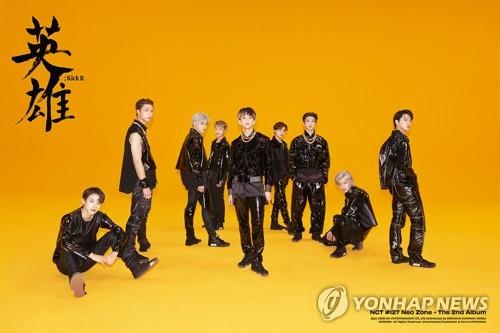 Also this week, BTS' latest album, "Map of the Soul: 7," ranked 8th on the Billboard 200 after landing atop the chart two weeks earlier. Another BTS album, "Love Yourself: Answer," entered the chart at 164th.

It's a rare moment for two K-pop albums to hit the top 10 on the competitive Billboard 200 chart simultaneously.

The past year has been the highest-charting year for K-pop on Billboard as several boy bands have joined BTS in bringing K-pop to the U.S. and the broader global music market.

Last month, another K-pop boy band, Monsta X, also made it to fifth on the Billboard 200 with its first English-language album, "All About Luv."

The latest feat by NCT 127 makes the band the fourth K-pop band to achieve a top five hit on the Billboard 200, adding to the growing presence of K-pop on Billboard's charts.

"Map of the Soul: 7" is BTS' fourth album atop the Billboard 200 and makes the septet the quickest to have four Billboard 200 No. 1s since the Beatles.

For this week, BTS and NCT 127 also made it to the top five on the Billboard Artist 100 chart, while the former reigned over the Social 50 chart for the 170th week.

Pop critic Lim Jin-mo said the recent feats signal that K-pop artists besides BTS are now getting opportunities in the U.S. market although it's too early to call it mainstream success.

"Following BTS' surefire success in the U.S., other K-pop artists are joining forces to knock on and enter into the American music market and finding opportunities," he said. 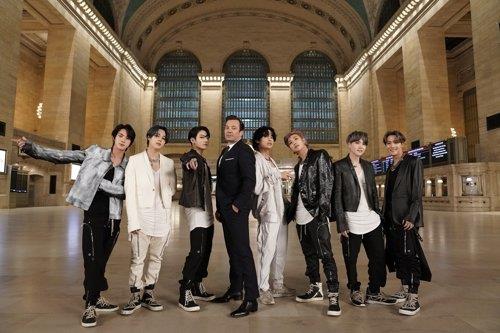