Ahead of the official album launch on April 9, the band will release lead single "Hold" on March 26, according to YG Entertainment.

The album is WINNER's first full-length album since "Everyday," released in 2018.

Including "Hold," the new album carries a total of 12 tracks.

This is likely to be WINNER's last full-length album before member Jinwoo's temporary leave from band duties this year to serve in the military. 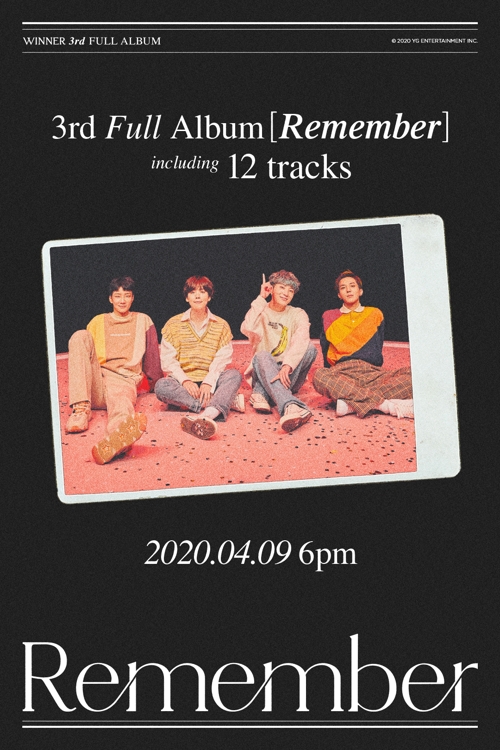